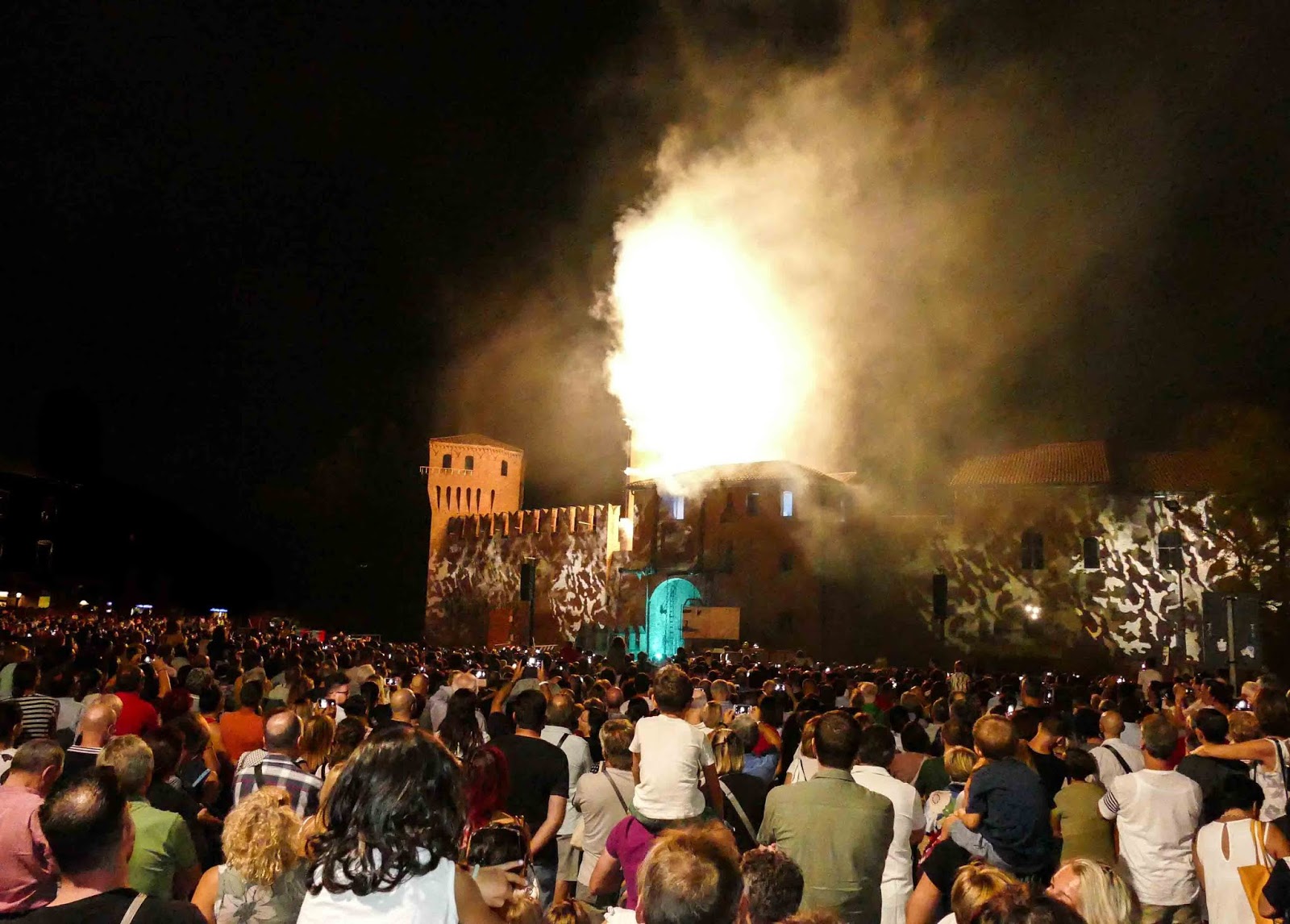 Fire at the Castle, Formigine

Looking For Something out of Ordinary? 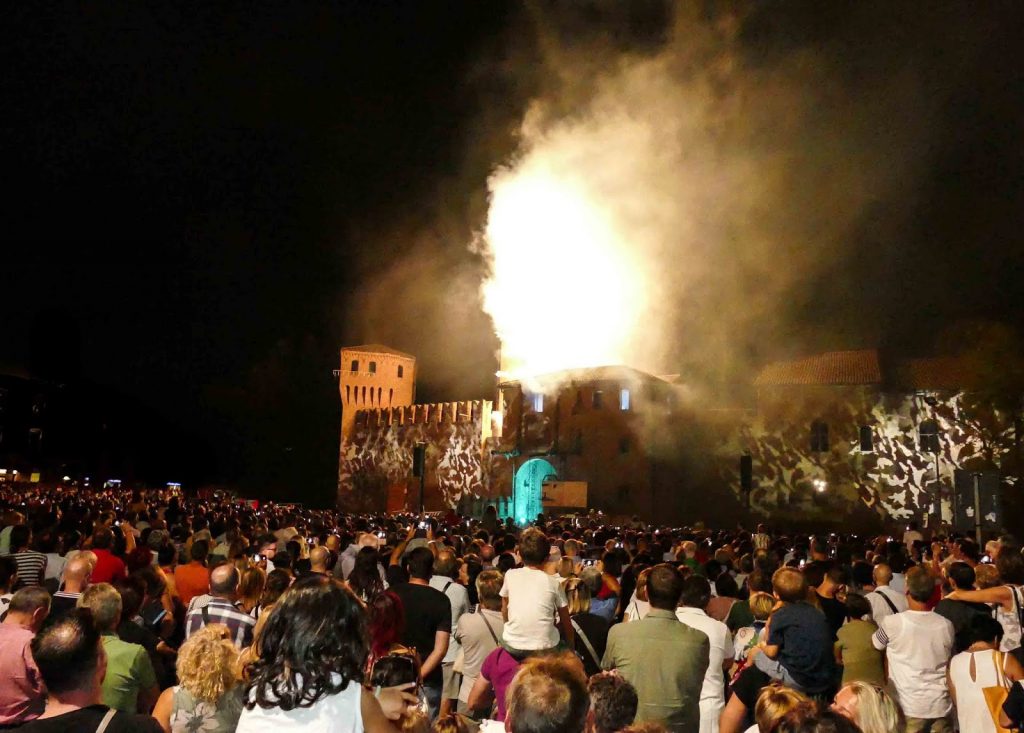 Whatever the occasion
is, melt your better half’s heart with one of the most Romantic event ever: “Fire at the
Castle”!  Formigine has celebrated the fourteenth
edition of the “Incendio al Castello” event, a celebration of its city Patron Saint
Bartholomew which lands on August 24th. 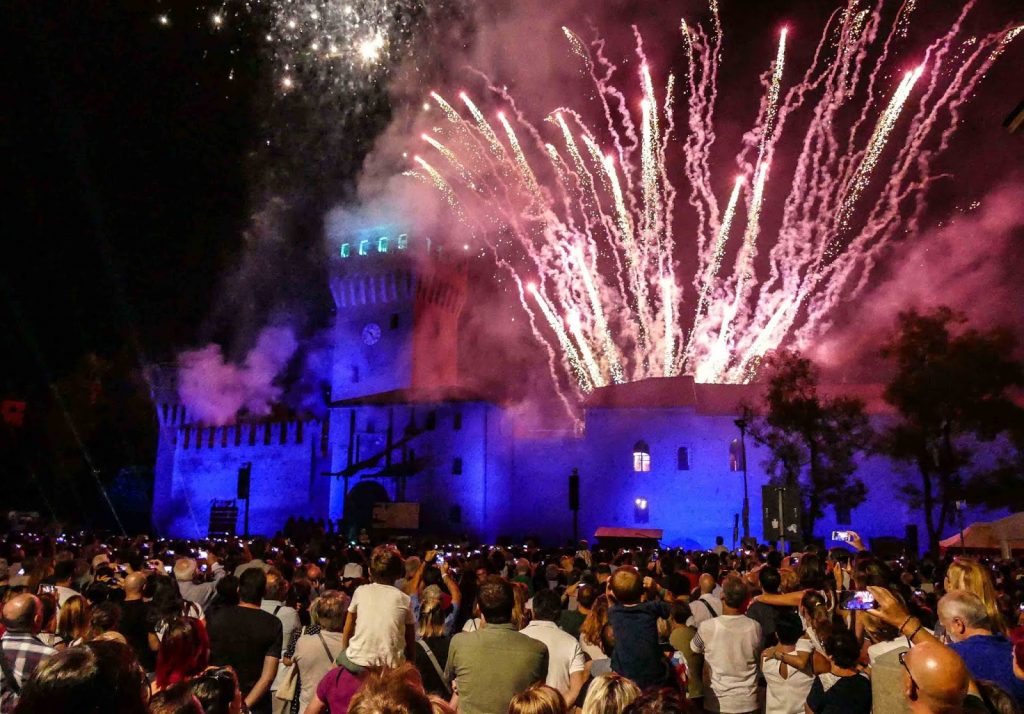 Due to the exponential
increase of people, who from different parts, reach the small town of Formigine
to admire this unforgettable show which was once free entry and uncontrolled, has now become
restricted for security reason and only the ones who have bought the wrist tag
bracelet can get access to the castles front square. 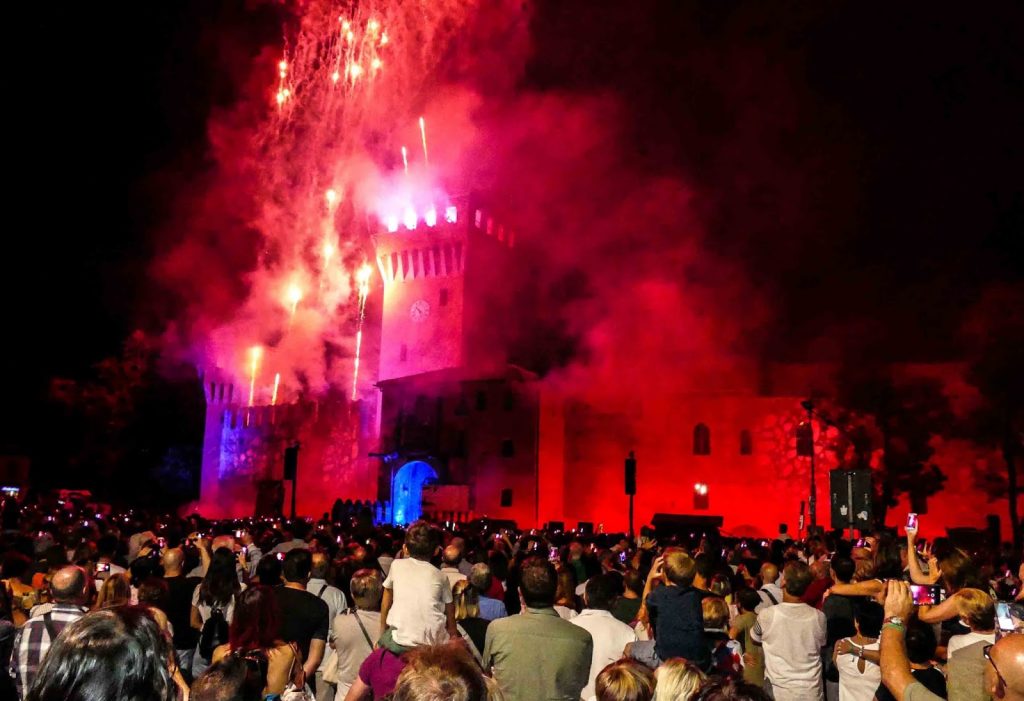 This year they have started selling the wrist tags on the
18th of August at the front entrance of the castle itself. It
only costs €1.00 and each person can buy up to 8. From the 18th to
23rd, they sold 600 per day, on the 24th they sold 400 in
the morning and 1000 in the evening. The small gazebo where they were selling
tickets was open some days in the morning and some others days in the evening
according to the schedule previously communicated. Alessandro went to buy four, 2 for us and 2 for anyone else wanted to join us. They didn’t have any online
services and in my opinion they should have arranged it in order to facilitate
the purchase even to those who lived
far. They will sure come to this issue sooner or later. 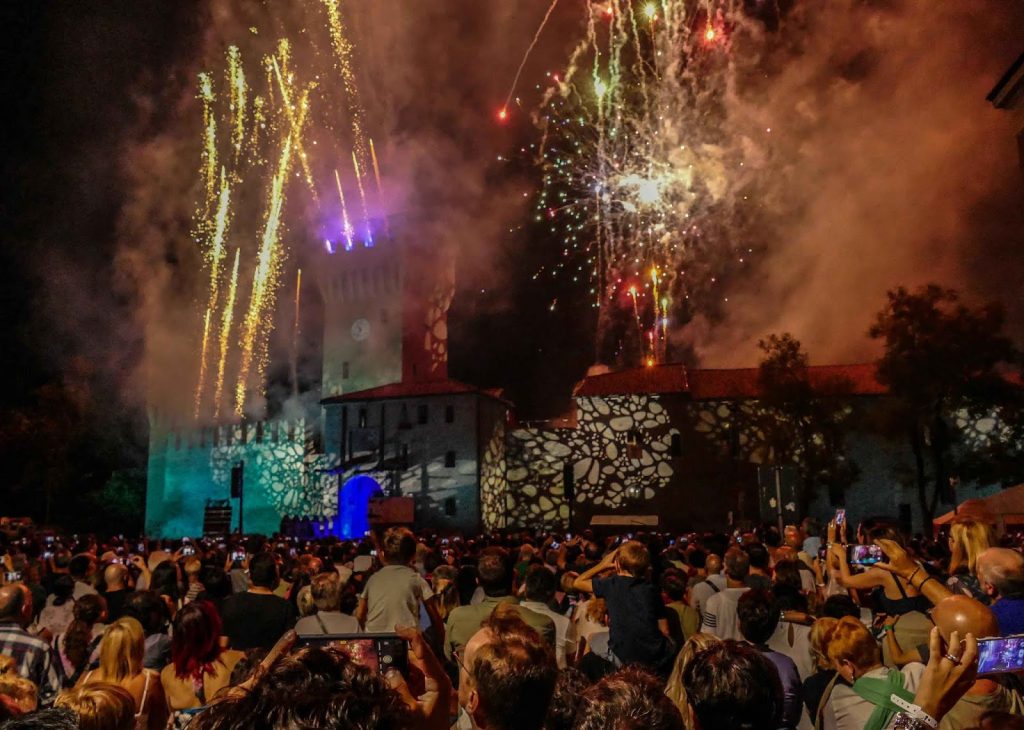 We were all so excited and when that day came we could
enter the square through controlled passages only after 7pm. Alessandro’s sister and her boyfriend joined us. The staff was
quite strict, they checked one by one. Minute after minute, more and more
people arrived: children, adults and seniors, the square filled up quickly.
After all they have sold almost 5000 wrist tags so the crowd was quite big. Those
with limited mobility were well assisted by volunteers. 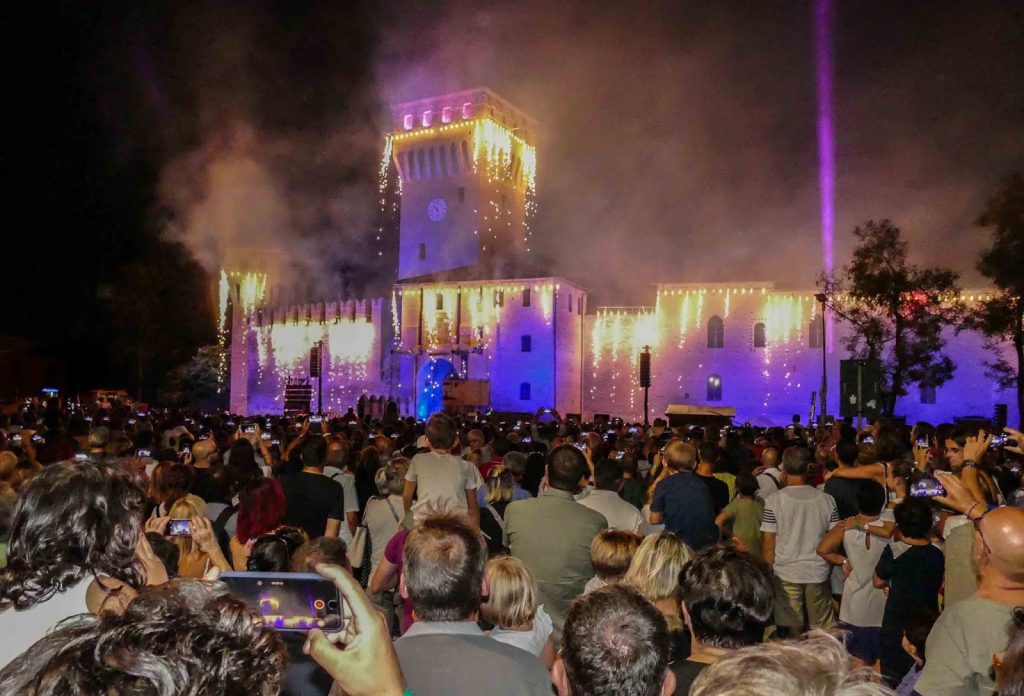 There were
some rules to be respected: glasses, bottles and cans were not allowed in the
area and as we can well imagine,  dogs were
absolutely forbidden. 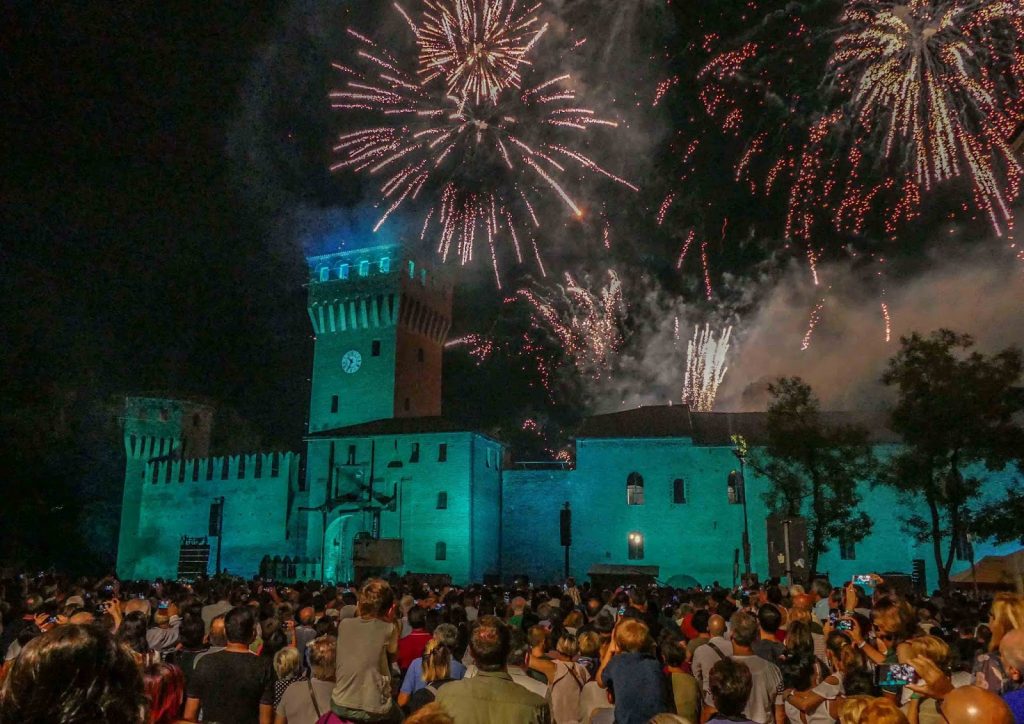 Exactly at
22.15 pm they turned off the lights and together with the soundtrack of the
Game of Thrones, the show started. If you are one of those, like us, fervently waiting for the season 8 of the famous TV series, which will premiere in the first half of the 2019, then you will feel even more involved. The choreography simulated a kind of fire at
the castle. It lasted about half an hour and ended with a soft music and lights
that danced above the castle. Seeing such a wonderful demonstration of lights and fire with such a
big crowd of people who silently observed with excitement and for some, romantic.
This event is an absolute must!! It really makes you say WOW!

Click Here For More Photos From The Fire At The Castle 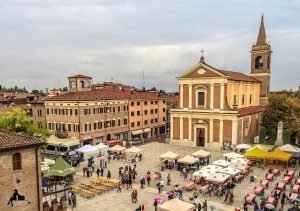