Ganonaque, Gateway to the 1000 Islands

The
Thousand Islands are a group of more than 1,800 islands in the St. Lawrence
River, the one straddling the border of the U.S. and Canada. The
whole area has clustered of hundreds of small islands in a 50-mile-long
archipelago split between New York in the United States and Ontario in Canada. Once in
the late 19th century, they were a fashionable retreat for the elite but today
it is also well organized for tourists and represents a popular destination for those looking
for an authentic outdoor vacation full of history, culture and nature. 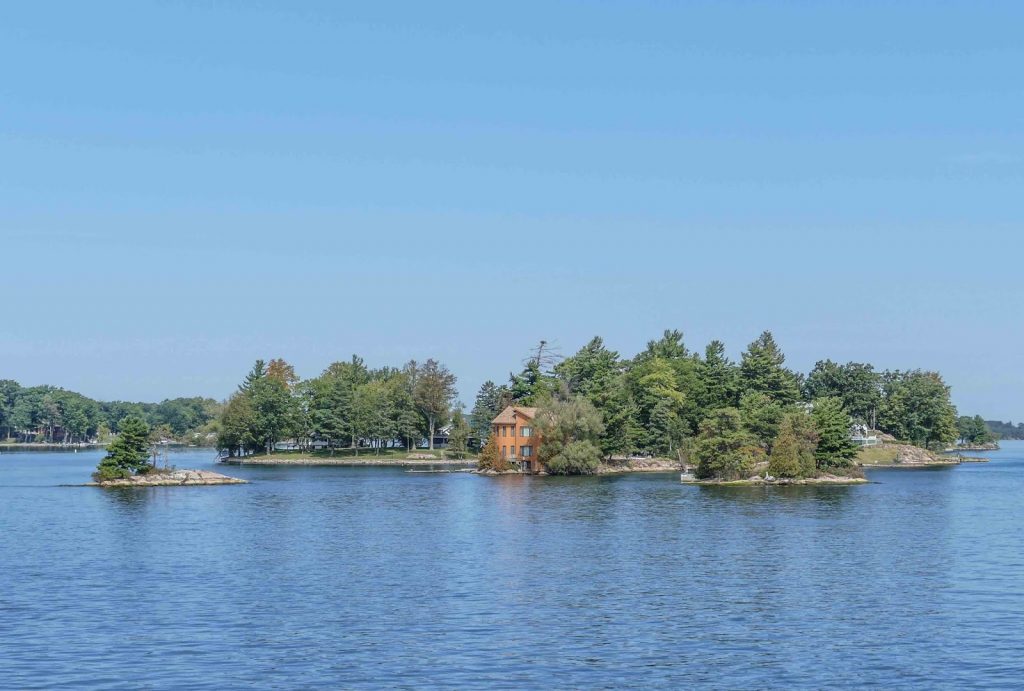 Alessandro and I decided to visit
the place in two different ways: Scenic Cruise Boat Tour from Gananoque and the
spectacular tower view from Lansdowne. In Canada, Gananoque was the
gateway to the 1000 islands, located approximately 3 hours’ drive from Toronto
and just 15 minutes from the border crossing into New York State. There were
two different boat trips from Ivy Lea location in Gananoque: one hour sailing which cost $ 25 each
and five hours trip with two hours stopover at Bolt Castle for $ 49 each. The
first one was quite frequent meanwhile the second one had only 2 rounds, one at
10 am and the other one at 3 pm. 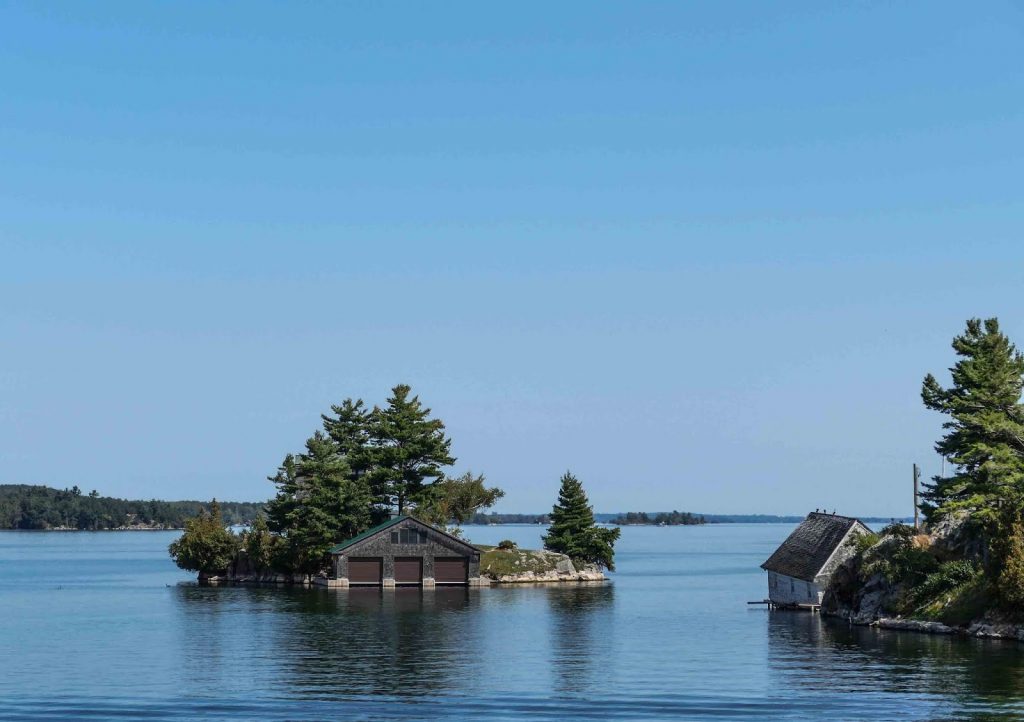 Knowing already that rain or shine, all their
tours were operated we didn’t do any fixed plannings but when Alessandro and I came to the dock in Ivy Lea, the last one with the stopover was already
left, so we could take only the one hour ride passing through many different
islands and circling the spectacular Boldt Castle. Audio guides with all the
main languages were available on board and while the boat moved good explainations were given. We truly enjoyed the cruise; it has been also very relaxing. Luckily
the day was awesome with nice sunshine so that we could admire that spectacular landscapes and those hidden villas without being disturbed by cold or wind. 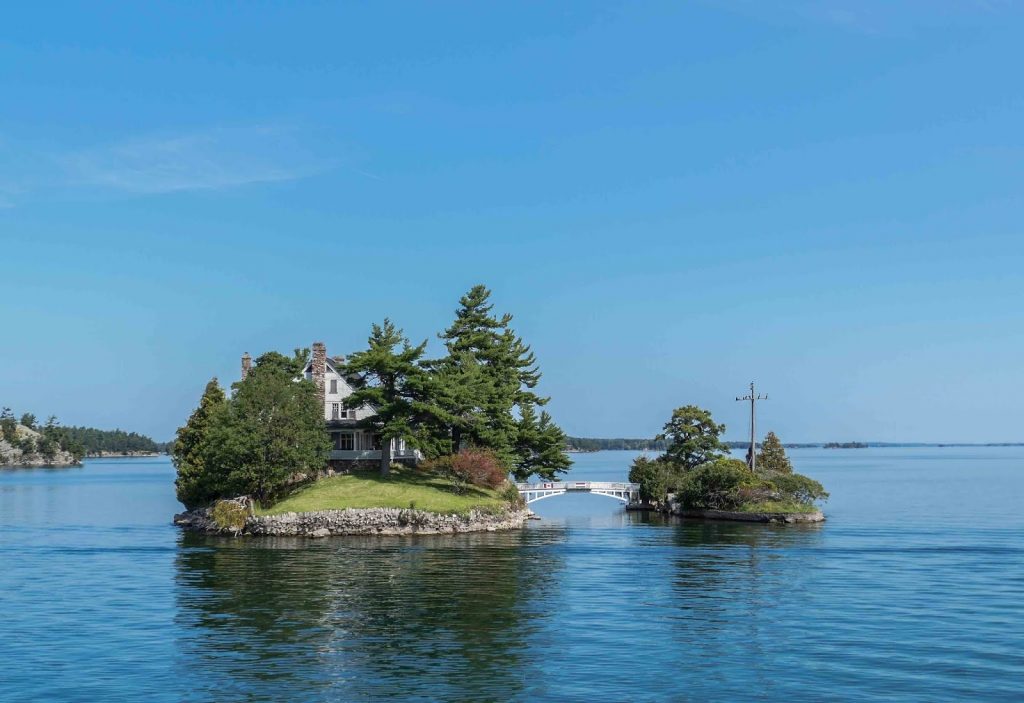 We saw the world’s shortest
international bridge, which was just 32 feet long
and stretched from one island (USA) to the next (Canada) in the Saint Lawrence
River. 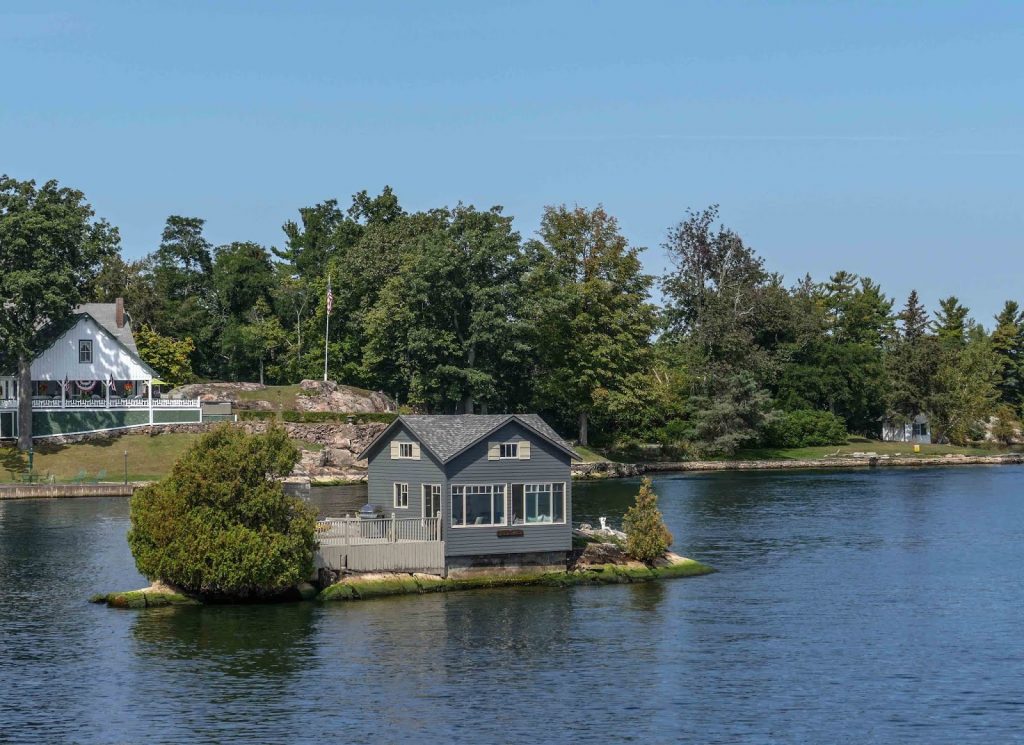 After the boat trip we
went driving to 1000 islands tower in Lansdowne which was 3 km on the left after the
1000 islands bridge. Free huge parking was available at the spot and the
admission fee was $ 12.00 each. The tower had a high speed elevator which took
us to the observation deck in less than 40 seconds. That was the best place to see
the beauty of the archipelago. It gave us a great picture of the St. Lawrence River.
The tower was privately owned and operated. They had a strange opening schedule
so I advise you to get in touch before organizing your visit. Anyways they were
available for additional opening hours upon request. Souvenir shops, coffee shop and ice-cream shop were not missing at the tower. 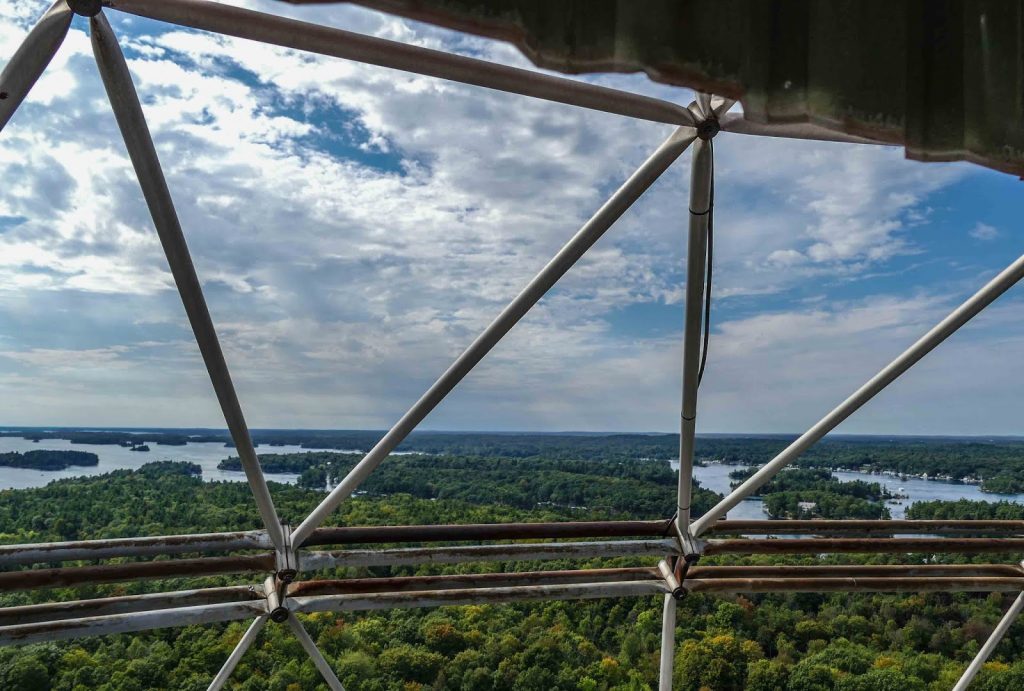 I highly recommend the tower, it really completed our experience with 1000 islands because sailing between the islands helped to catch the splendor of the place but it didn’d give an idea of how it could appear in its entirety. So, for me , both the boat trip and the tower are to be done. Time permitting take the one with the stopover in Boldt Castle since just circumnavigating it left a small gap in our hearts. 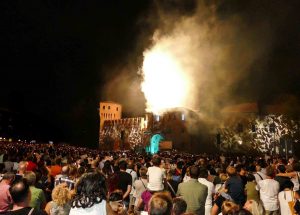 Fire at the Castle, Formigine 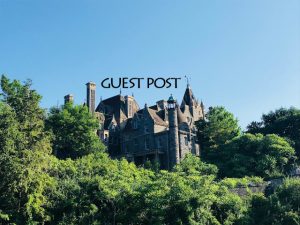