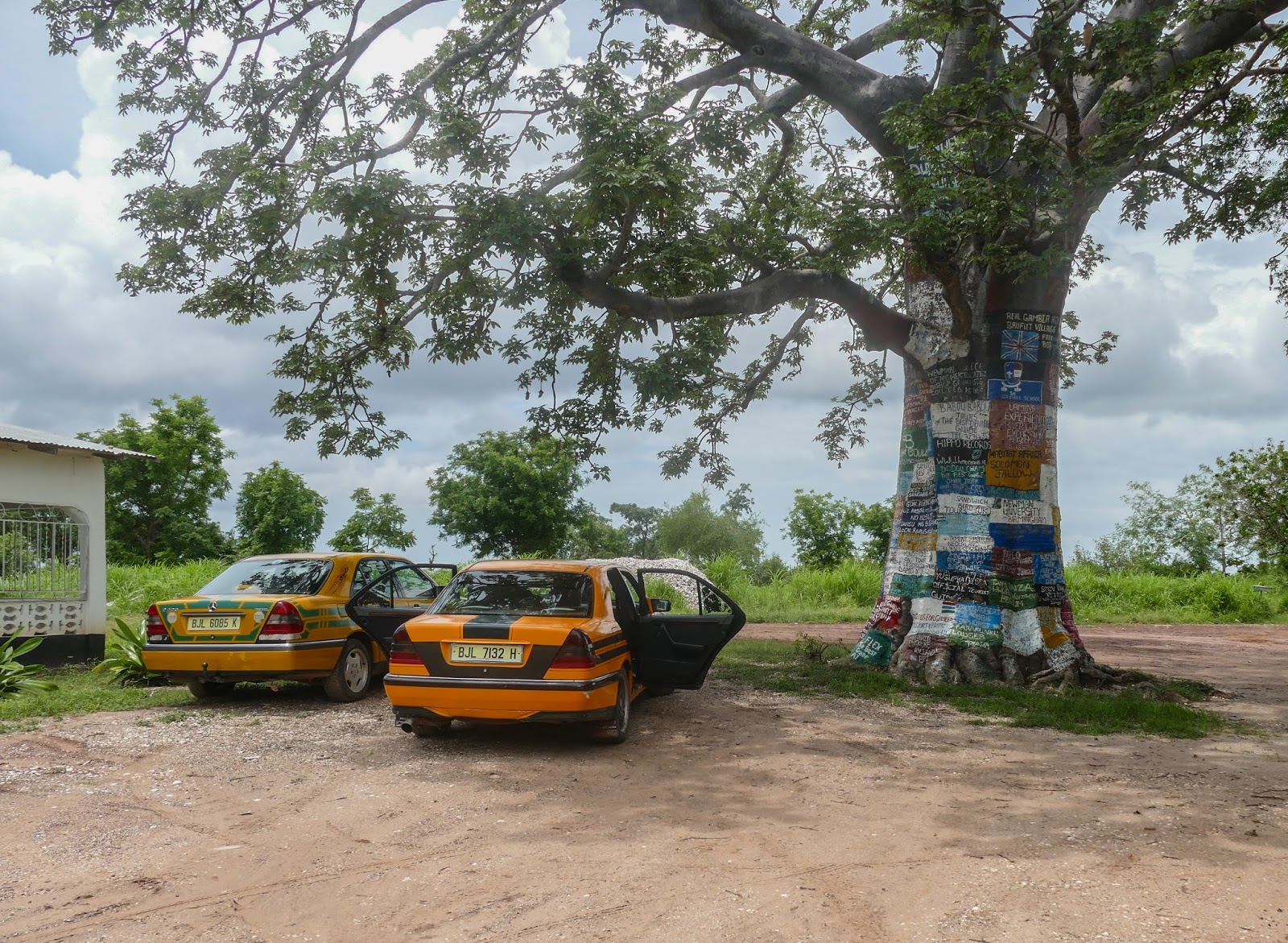 I’m sure that most people who travel to Gambia don’t know before their departure that there are two kinds of taxi services in the country: the green taxis and the yellow taxis.

The first time we were in Gambia, for days we went on believing that the green ones were the only taxis; but after a week, we learnt casually that they were specially created and designed for tourists.

Locals are used to traveling by yellow taxis and they have no reason to travel by green ones since they are more highly priced. 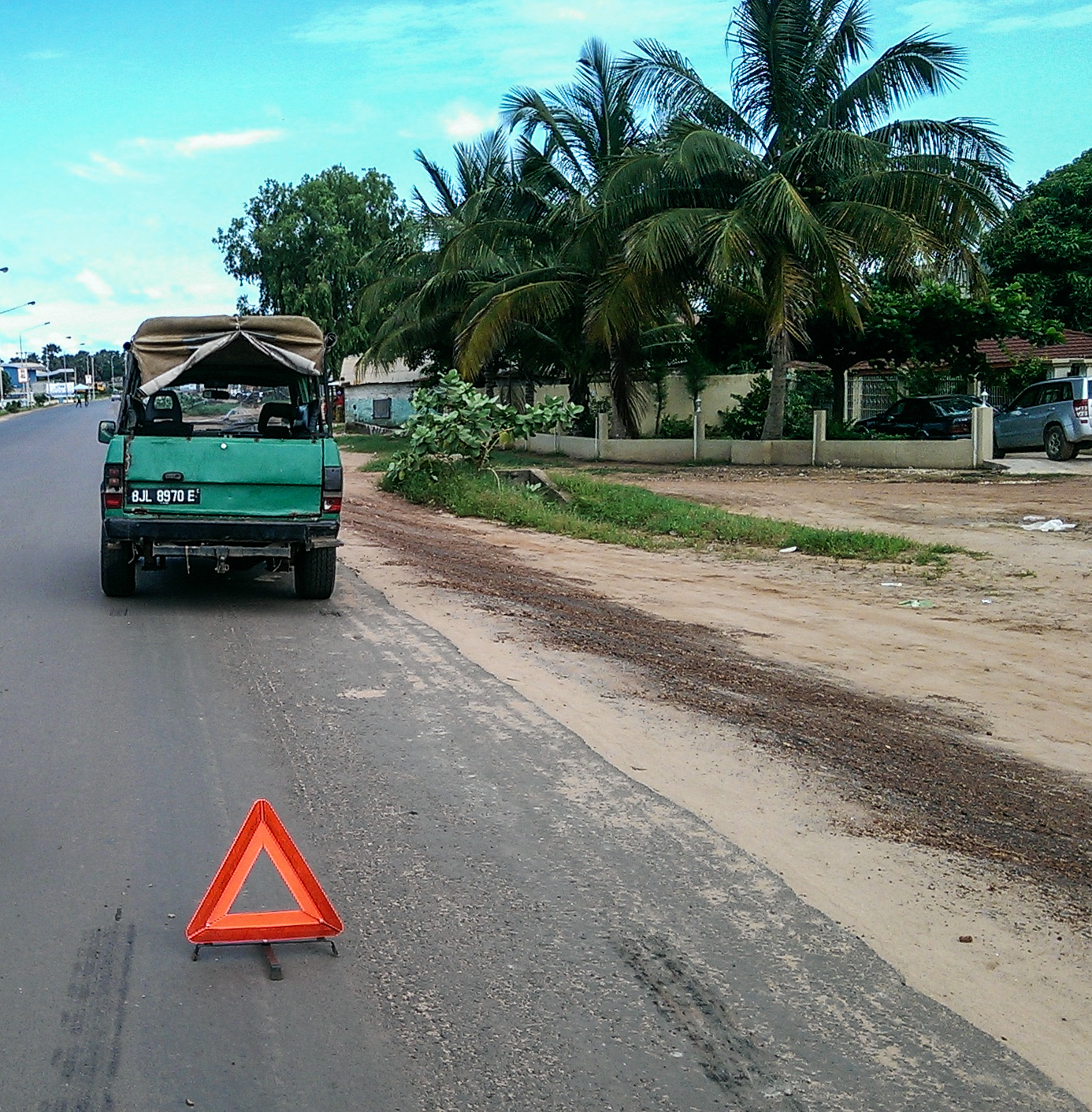 Green taxi stands are located all around the touristic areas where the yellow taxis are not allowed at all. The upper class hotels display the green taxi fare list by the entrance. Each time we stopped to go through the rates, immediately someone came closer wanting to give more information. It was impossible to leave the touristic area without someone impacting our decision. Incredible.

Even if we understood perfectly that the green taxi prices were quite expensive for the Gambian standard rates, as they were fixed and well displayed to let you know clearly how much the taxi rides cost all throughout the Gambia, we just let it go because discussing it made no difference .

Twice we saw tourists trying to bargain but the drivers didn’t lower the price. 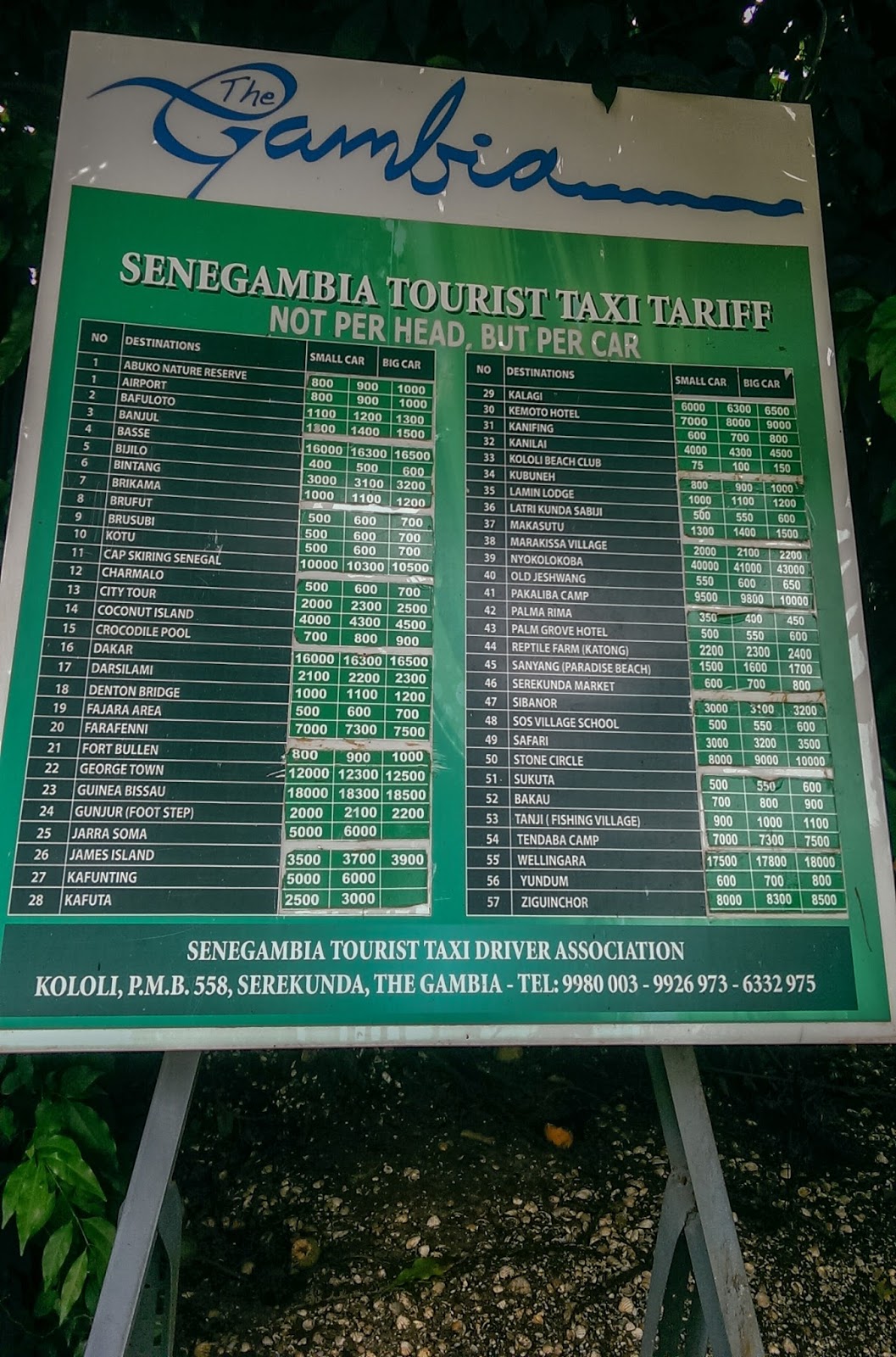 Another important matter we noticed about the green taxi was that from the first time you make an agreement, that specific vehicle and that specific driver will guide you through your whole vacation. We could hardly avoid making decisions about our trip without him. If you give them a chance they will take advantage and decide everything for you. I don’t want to hide the fact that I found it very annoying. As it was quite impossible to leave the hotel without being seen and thus also being questioned by them, we had to give up. That was the reason why most travelers need time before understanding that there are other means of transport besides the green taxis.

There came a moment that we had to devise plans to escape from the Senegambia touristic area without being caught by the green taxi association.

The turning point came when one day, the Gambian Government suspended the traffic until 1 pm. They do that periodically once a month to reduce the level of pollution. Therefore the vehicles were not allowed to circulate unless they had a specific permit obtained for a special reason. That day the only thing that the green taxi drivers could do was to take orders for the evening. Anyhow, they still had to make sure that people reserved the taxi for the following days and for the rest of their holidays. In other words, they tried very hard to keep the tourists inside the touristic area so that they couldn’t see or try the yellow taxis. We didn’t want to remain in the hotel that day, so we decided to walk all around the town and this is how we strayed from the tourist area.

Therefore we walked along the Senegambia Street ignoring whoever came close to us and finally reached the main street. However, to get away from the hotel, out of the touristic zone, we had to fight our way through the hassle.

Until 1 pm we were left free, with no one trying to stop us. But as soon as it turned one, yellow taxis began to approach. At first we ignored them but later, driven by a curiosity, we decided to try one. At first they said, more or less, the same price as the green ones but when we refused, they started to lower the price. This is how we went to the paradise beach but only had to spend half the money.

On our way back from the Gambian Paradise beach, we learnt something more interesting about the yellow taxis. They have a fixed route and they work with a sharing system so people can hop on and hop off along the way and the empty seats are filled by anyone along the street wanting to share the trip with others. The price is ridiculously low; it was like paying a bus ticket. 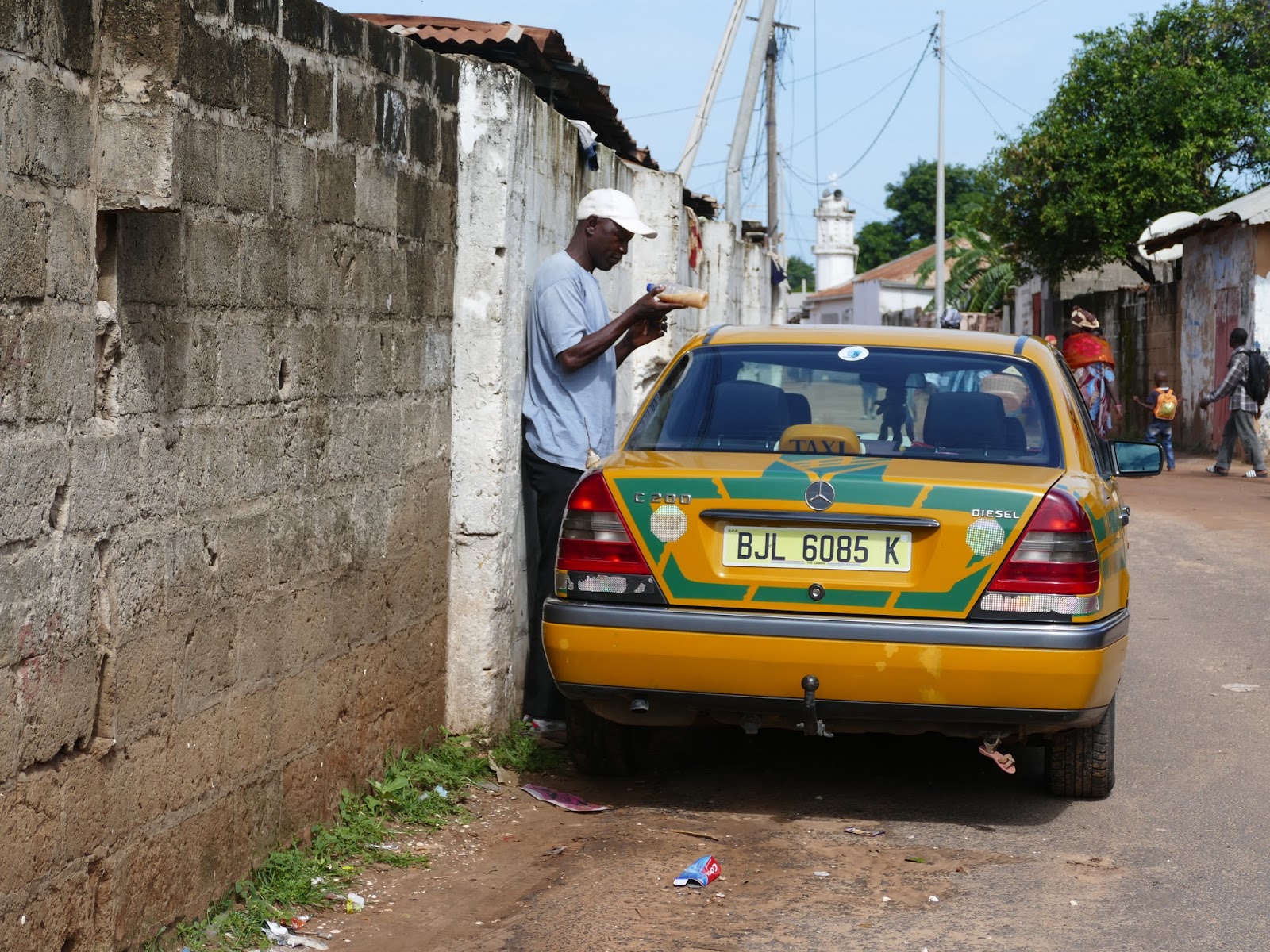 One of the drivers explained that sometimes the green taxi drivers can wait up to 2 or 4 days in the queue system before picking up the tourists. So, when they are seen far from the touristic areas you can actually pick them up at the yellow taxi rates. They don’t do this when in the touristic areas, probably there is someone further up the chain. It was actually an interesting dynamic, even though, I think, the whole system needs to be looked at. It will damage the tourism as many people think the Gambia is expensive when in reality it is a very cheap country the moment you just move away from the hotel 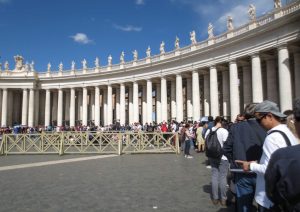 It's All About queueing at St. Peter's Basilica 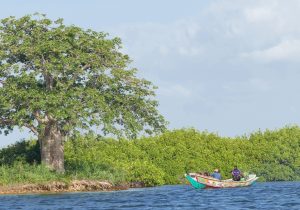 Ndangane, a base for Siné-Saloum Delta's adventure