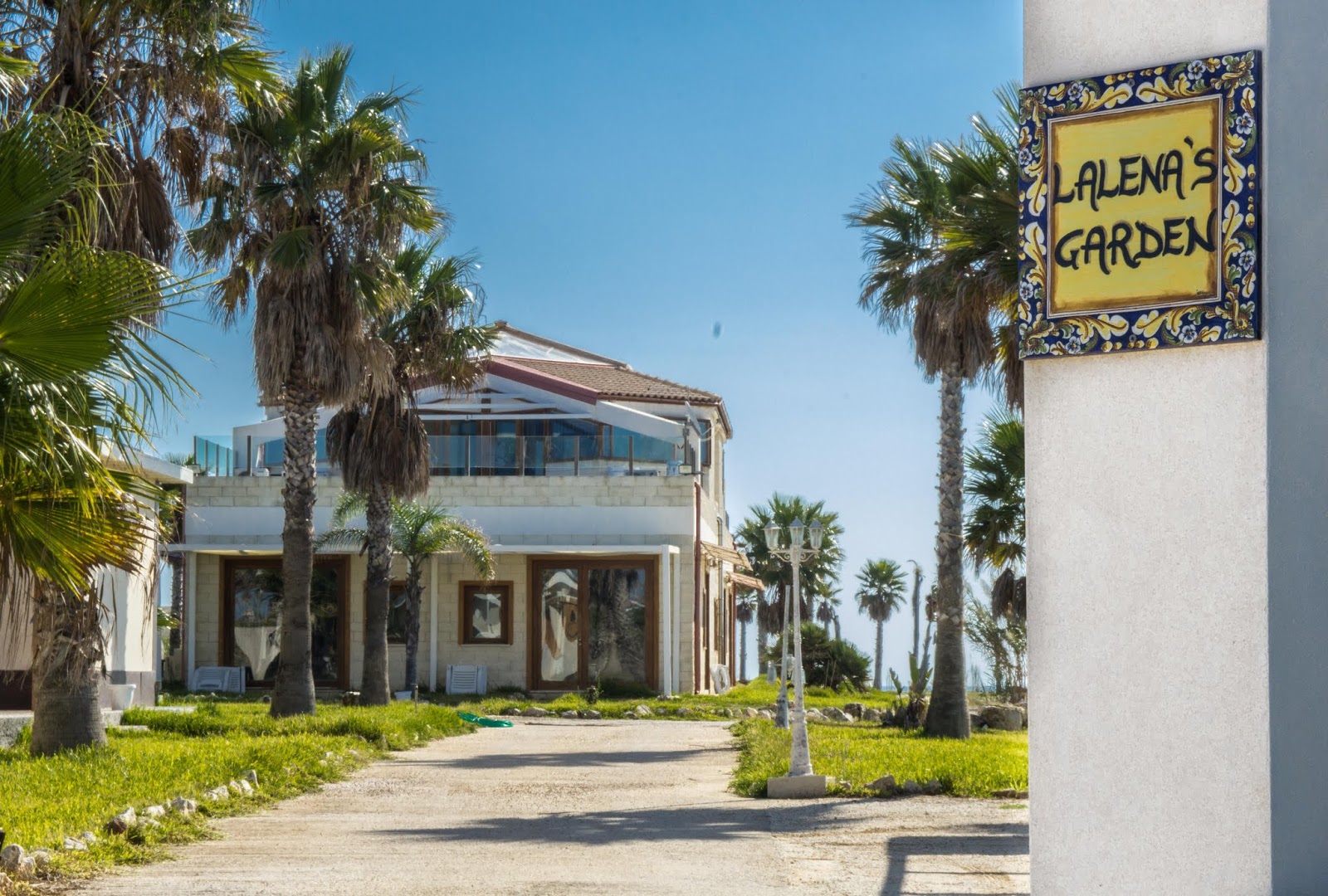 Staying at the southernmost point of Sicily:

Our trip to Sicily wouldn’t have been complete without a visit to Portopalo di Capo Passero since it is the southernmost point of Italy and has an interesting landscape and weather. Just to feel swankier we searched for a hotel as far south as possible and our attention fell on Lalena’s Garden.

As I have written in the title it is a piece of paradise. We arrived at Lalena’s garden late on the evening of October 4th, 2018 and it was raining. We were a bit irritated by the rain but when we entered the gate surprisingly the mood changed. What a beautiful place it was! There was Mrs. Nuccia waiting for us, a person of certain professionalism that can’t be underrated. After a good rapid chat, she handed us the key left for her home. We were the only guests staying there that night and since the rain has stopped we stayed out in the garden for a while before going to bed.

The day after we woke up around 9.30 am; we had plans to visit the nearby cities at a leisurely pace. When we came down Mrs. Nuccia was there ready to serve us. The breakfast was quite more than what we usually eat: apple cake made by her, some fruits, yoghurt, croissants, biscuits, hot drinks, and fruit juices. We spent more than two hours talking to her. She really deserves a note of attention.

This modern style house is owned by a couple Luigi and Giovanna but managed by a lady from Portopalo, Mrs Nuccia. The owners live in Caltanisetta and have entrusted Mrs Nuccia to take care of the property which was initially constructed as a holiday home for the family but later opened for tourists due to very low use. Seemed that she came to know the owners 3 years ago when Luigi and Giovanna were looking for someone who could sew the curtains of their holiday house.  After knowing her I can imagine how easily Luigi and Giovanna have perceived the sense of trust in Mrs Nuccia. Her way of communicating have immediately caught our attention as well. She knew perfectly well when it was the right moment to approach the customers. If she mistook the moment you will forgive her anyways for her gentle ways. She had also a certain maternal sense toward her customers and she always did what was right for them. As a customer, let us say that Luigi and Giovanna wouldn’t have done a better choice.

Focusing back to what I was saying about the house, Lalena’s Garden in Portopalo di Capo Passero has a wonderful setting. The huge garden with palm trees and the well looked after lawn are ideal for hanging out or just relaxing doing nothing. We stayed there three nights and every evening when coming back from dinner we would spend some time in the garden before going to bed. It was inevitable.

In the back, there is a path leading straight to the beach. Yes, it was too rocky for bathing or laying down and sunbathing but still, the landscape was so impressive that it was worth taking a walk. Besides the main house which has 4 rooms, there are also some bungalows equipped for families with children. The large windows all along the main house permit the natural light to pass in but I don’t know if during the hot summer they could also reflect the heat inside especially in the south facing rooms. Air conditioning can be switched on if necessary. What is handy is the hall area with the kitchen because we could order food or make some fast lunch before leaving. They have a barbeque area as well but sadly we didn’t have enough time to give it a try!

The most extraordinary fact about this house, however, is something else; something that I would never expect! The sea can be seen from everywhere in the house, no matter where you are, north, south, east, or west. Wondering how, right? It’s quite difficult to explain, believe me, you just have to see it to believe it. I was surprised as well, but that was the fact. From our room, we could see both Isola di Capopassero and Isola delle Correnti. This is heaven for ocean lovers.

One more reason why I highly recommend Lalens’s Garden in Portopalo di Capo Passero, is that it is off the beaten track and very tranquil but still remains close to many important cities: Marzamemi and Pacchino are 15 minutes away; Noto, Vendicari, Modica, and Ispica are not more than 30 minutes drive and meanwhile, Syracuse is just less than an hour. This was exactly what we were looking for or even better! 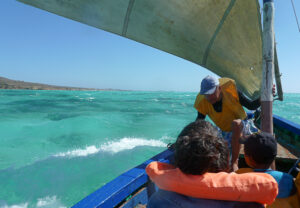 The Emerald Sea, a piece of heaven on earth 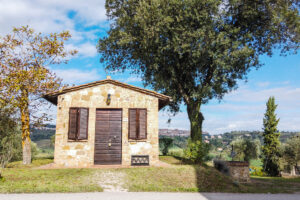