24 hours in Brussels, a city guide to the capital of Europe 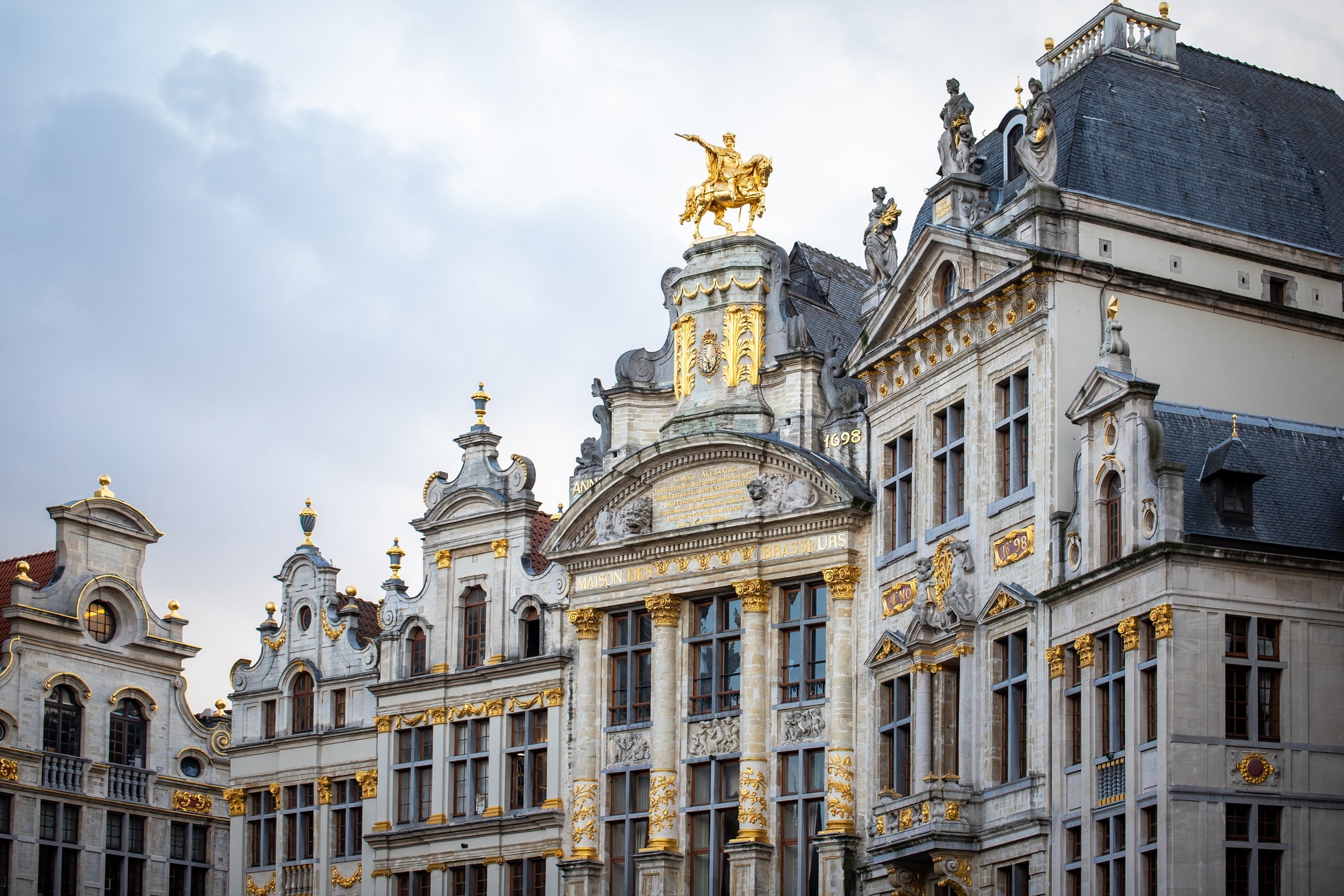 If you’re planning a trip to Brussels – the capital of Belgium – the first thing you’ll want to know are the city’s top attractions as well as what to eat and where to stay. That’s why we made a list of all the interesting things you can do within 24 hours, to make your visit as easy as possible. But before we start, we’d like to give you some other practical info to make your trip as smooth as possible!

Culturally Brussels (Bruxelles in French) has a lot to offer, to the point that Brussels has even been called the comic capital of Europe. It houses both Tintin and the Smurfs.

Next to comics, Brussels has a very artist-friendly community, resulting in beautiful murals and street art, inspiring museums and art galleries, and even housing one of the best selling concert venues in the world: Ancienne Belgique.

Thanks to its rich history, creative street art, and inspiring museums, Brussels has become Belgians most popular city for tourists. All this makes Brussels a very instagrammable city, where it’s easy to create a unique photograph.

Disclaimer: We left out a few popular tourist destinations – like the Atomium – because we found it underwhelming.

How to get to Brussels

Brussels Airport (BRU) is the main international airport serving Belgium, and it is located approximately 12 kilometers from the Brussels center city. The airport is one of the 25 busiest airports in all of Europe, with more than 23 million passengers annually.

Both airports have train-lines servicing Brussels, operated by SNCB-NMBS. The city has a few different train stations, but we advise that you travel to Brussels Central Station, which is located in the heart of the historic city center.

For commuting in the city of Brussels, look into the Brussels Card. It provides you access to over 41 museums in Brussels, offers exclusive discounts on tourist attractions and gives you access to unlimited public transport with STIB/MIVB buses, trams and metro lines.

You may find that there are some English speaking residents at your place of stay in Brussels; especially if you are going to a highly populated tourist area. This doesn’t mean that you should speak English however; It’s always appreciated when tourists know a few words or sentences in French or Dutch. It just shows that you’re interested in the culture, that you’re willing to put effort into it and it will guarantee you a smile from the waiter/waitress when ordering food: the Belgians will greatly appreciate it.

Here are a few basic French lines to get you started:

You’d rather try it in Dutch? Here you go!

TIP: You can use wordhippo.com to learn how to pronounce a sentence in French.

Other practical tips for Belgium

When traveling to Belgium, electronic devices might be necessary to document the incredible sights or to stay in contact with friends and family members back home. Most electronics like Phones, laptop computers and hair styling tools are not cheap, so it’s incredibly important to make sure your device is compatible with 230 V (50 Hz), Plug C / E outlets.

Brussels is known everywhere in the world for his chocolate, beer and waffles… but did you know the city has its own collection of peeing statues? It also houses the world’s largest museum hall completely dedicated to dinosaurs, and one of Europe’s largest botanic gardens.

The Grand Place in Brussels is the most important tourist destination and most memorable landmark in Brussels. It is also considered as one of the most beautiful squares in Europe, and has been a UNESCO World Heritage Site since 1998.

Discover Manneken Pis and the other peeing statues in Brussels

Manneken Pis is without a doubt one of the most popular tourist attractions in the city. Its name literally means ‘boy urinating’. At only 61 centimetres tall, this little bronze sculpture depicts a naked boy urinating into a fountain.

It is not uncommon to find him in various costumes, which has become a tradition on special occasions at different times of the year. The Manneken Pis has around 800 outfits, which are mostly kept at the City of Brussels Museum, inside the King’s House at the Grand Place.

Most people only know Manneke Pis, the boy who – according to the legend – saved the city by peeing on a bomb, but did you know he has a peeing sister called “Jeanneke Pis” and even a peeing dog called “Zinneke”?

Visiting all three of the status is the perfect way to discover the city center.

Delirium Café is a bar known for its long beer list – standing at 2,004 brands in January 2004 as recorded in the Guinness Book of Records.

The pub is located next to the Jeanneke Pis statue.

The most important pieces in the Museum of Natural Sciences houses are the 30 fossilized Iguanodon skeletons, which were discovered in 1878 in Bernissart, Belgium.

The dinosaur hall of the museum is the world’s largest museum hall completely dedicated to dinosaurs.

The National Botanic Garden of Belgium is one of Europe’s largest botanic gardens. Its location is just 3 km from the famous Atomium, and in easy reach. You will discover a paradise for nature and plant lovers, and a historic domain that extends over 92 ha.

Humus x Hortense is a vegan restaurant located in the heart of Ixelles’ Flagey neighbourhood, and is led by Flemish Chef Nicolas Decloedt.

The restaurant was crowned the best vegan restaurant in the world, beating 800 other venues from around the world at the 2019 edition of the We’re Smart Taste Summit in Amsterdam.

Still looking for a hotel? Go to The Hotel

The Hotel is a four-star hotel, located in the Avenue Louise district of Brussels.

The 94-metre-high hotel is the highest public viewpoint in Brussels, making it one of the most recognized sky-high building on the skyline.

End your 24 hours in Brussels by enjoying a concert in the Ancienne Belgique!

It’s one of the best selling concert venues in the world, hosting a wide variety of international and local acts. 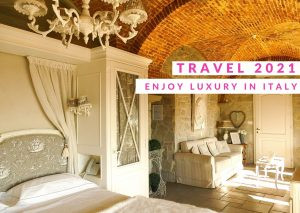 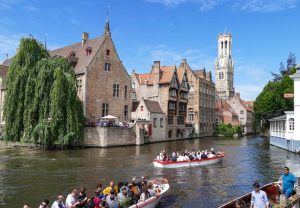 Bruges: some tips and photos to inspire you.