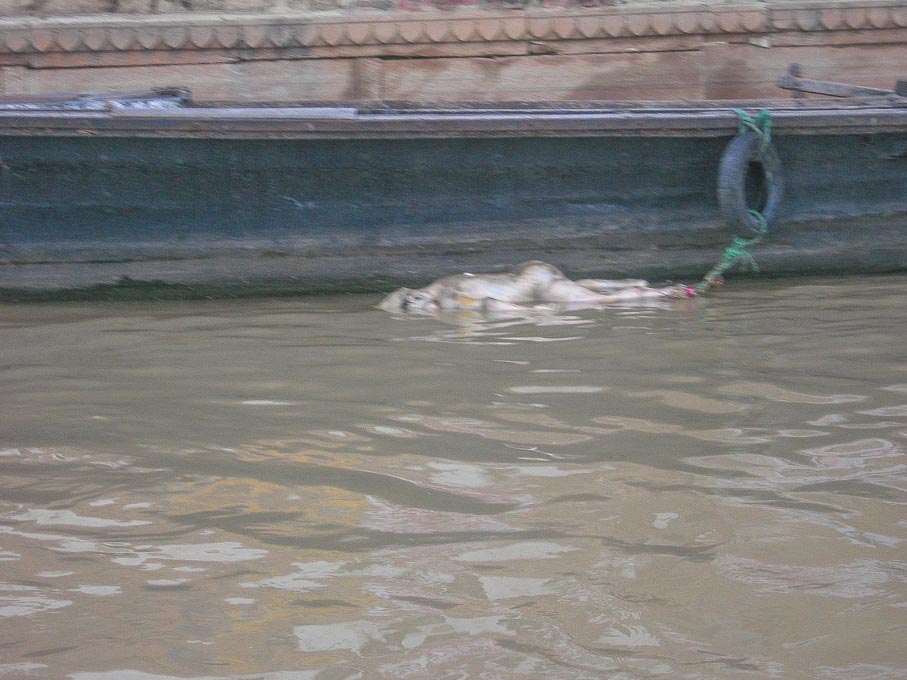 If you have read my previous post about the Sunrise boat trip in Varanasi, you now know how spiritual Varanasi is. In fact, what makes Varanasi fascinating is not only its majestic appearance but especially the Hindu way of life along the riverbanks, among them the cremations of the dead bodies. Around 100 bodies are cremated on wooden pyres every day in Varanasi.

Ok, these are facts already known to everyone, but there is a thing that not everybody is aware of. Did you know that during your boat trip on the Ganges River or simply while taking a walk along the Ghats it is possible to see dead bodies floating? Ever heard about that?

It happened to me that while sailing down the Ganges River in Varanasi I encountered a dead body and that’s what I want to talk to you about today. How is it possible that in a place where people pray and bathe in an act of ritual purification you can see floating dead bodies? The guide and the skipper of the rowboat said something interesting to me.

In Hinduism there are some exceptions to the cremation. Some categories of people, for reasons that we shall see later, are not cremated. Those are buried or are dropped in the Ganges River.

Categories which are not burned.

Sadhu (Holy men), Hindu priests, babies under two, and pregnant women do not require cremation as their soul is considered pure. Also, some others like lepers and ones who have been bitten by a snake are not cremated. There are then the prostitutes, who are not cremated since they are believed to be not up to the standard.

Those people are buried in the ground. Or they are taken to the middle of the Ganges and dropped to the bottom of the river with a weighed stone.

To these are then added the bodies from poor families who cannot afford to buy enough firewood for cremation and are forced to immerse the bodies of their loved ones in the river.

This is why it could happen that you see dead bodies floating up while on your boat tour in Varanasi or during the time when the level of the water drops. These rotting floating bodies in the Ganges River are often decaying and sometimes you can even see crows eating them. It is an unpleasant situation.

Before taking a boat trip in the Ganges River this is something you may want to consider especially if travelling to Varanasi with children. 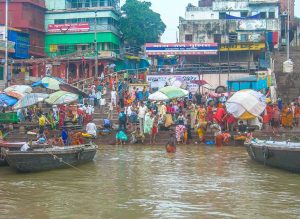