Tourist scams at the Blaise Diagne International Airport in Dakar 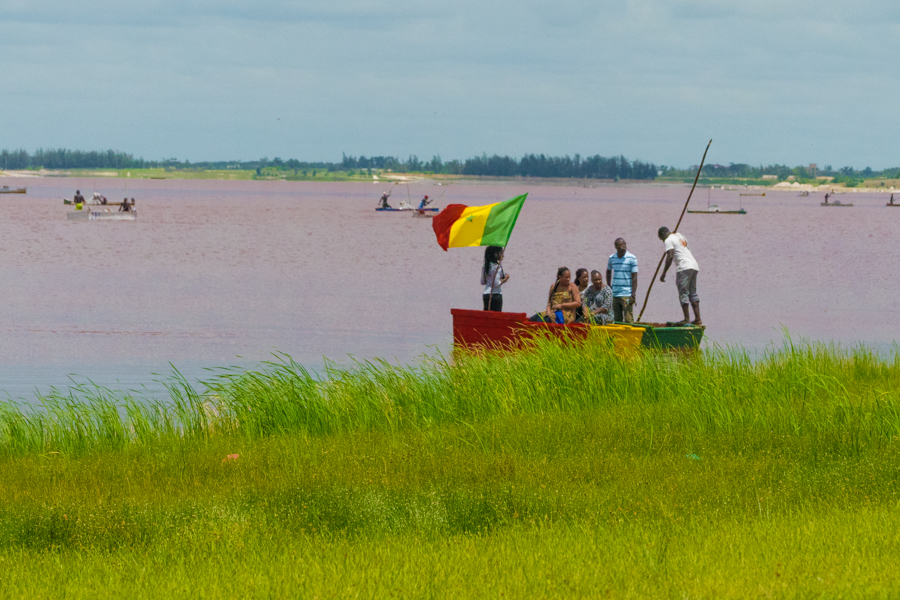 If you have landed on this page, undoubtedly you are planning a vacation to Senegal! It definitely is a great idea! As you can see from my photos here, Senegal is a stunningly beautiful country which will certainly surprise you at every turn. From its wide variety of nature to its interesting history, Senegal will not betray your expectations.

That been said, I must also say that tourist scams in Senegal are everywhere. Trust me, you can’t be prepared enough, especially during the first few days after your arrival.

In this post I want to share five tourist scams that we experienced upon our arrival at the Blaise Diagne International Airport in Dakar. Realize that we were with a driver that we had pre-booked from Italy through a Senegalese man. So, all this happened to us with him alongside.

I was quite hesitant to write this and normally I avoid taking about officials. But this time I feel like I must so that you can keep yourself away from some unpleasant situations upon your arrival to Senegal.

Even if you have all the appropriate documents on hand, the immigration officers may try to disorient you by pretending something is required which is not. Like for example, some vaccination papers. And if they notice that you are not prepared enough to give a proper answer, they will take advantage of their position to extort money.

Do not isolate yourself from the rest of the passengers. Stay among people because that makes it harder to be fooled. Luckily we had all the vaccinations they asked for; even the yellow fever one which I want to stress was not mandatory. A Visa was not required for Senegal at that time.

Upon arrival to the Blaise Diagne International Airport in Dakar avoid giving unnecessary confidences to anyone. When I say anyone, I really mean it. You know that saying “give her an inch and she’ll take a mile?” Well, it works great in Senegal.

If you show yourself to be disorientated or confused, they will take the lead. And if they take the lead then you will end up doing unreasonable things. Remember that this is your first day in Senegal, and you are not prepared to understand the way things work there. So, get yourself organized before.

There is a currency exchange service provider at the Blaise Diagne International Airport in Dakar, but it’s well known that exchanging money at the airport is never convenient, so normally you tend to do that away from its premises.

What happens here in Senegal is that once you exit the airport you’ll be surrounded by people and it seems that they are able to offer you whatever you need. Therefore, they can also exchange money. Maybe they don’t do it directly, but they know someone around who does it who will give them a small percentage on the exchange. They won’t tell you this until you give them your money. They just say, “yes, yes, I’ll give you good rate”. Right at the moment you hand them the money, they start walking and you just go along behind them without understanding (and with a little fear, of course). They will take you to someone’s shop in a crowded zone of the airport premises who will finally give you some CFA. At that point you are already a little shaken and can’t wait to get out of that shop, so you hardly calculate the exchange rate. Even if you realize that the rate is damn unfair there won’t be anything else to do.

In our case we asked our driver (if you remember, he was pre-booked from Italy) if he could recommend a good exchange centre along the way to our hotel in Retba Lake. He took us to a crowded market attached to the airport, and there he entered shop after shop asking something in Wolof.

Maybe it wasn’t dangerous, but I have to admit that I had some trepidation. It was also late evening and with all those people looking at us I felt like I was being watched.

As soon as he gave us some CFA we left the shop, and we realized later that it has been the most unfair exchange rate of our vacation in Senegal.

You know what is the most dangerous thing about asking for help from the drivers? They know exactly how much CFA you have in your hands. And as it is commonly believed in Senegal that tourists are rich, they have no mercy when it comes to finding a way to take from you as much as they can.

So, I think using the official provider or the ATM inside the airport is the best way for you to get local money.

I’m sure I’m not the only one who buys the local sim upon arrival to a country. Since roaming charges are high, using local phone connections is the cheapest way to stay connected with our loved ones.

Don’t do that at the Blaise Diagne International Airport in Dakar even if you are landing late evening and you know that the shops outside the airport are closed. Go straight to your hotel first. You can do this with the help of the staff or by yourself the next day.

You have no idea how much money they stole from us for two Senegalese sim cards that we later learned should have cost relatively little. Think that all this was happening with the help of the taxi driver that we pre-booked from Italy.

Are you heading to the centre of Dakar? A taxi is the quickest and most comfortable way. Taxis are available at the rank outside the airport and the ride from Blaise Diagne International Airport to Dakar costs not more than 12.000 CFA.

Pay attention, because tourist scams at the Blaise Diagne International Airport are merciless. They are capable of asking 40.000 CFA or even more if you show yourself to be disoriented and new to the country.

If instead you are an expert on African countries, you can also get around Senegal by using public transportation. “Dakar Dem Dikk” company busses connect Blaise Diagne International Airport to the city centre of Dakar from 6 am to 10 pm. They run every 30 minutes and a ticket is very cheap; it costs around 1000 CFA and the travel time is about 90 minutes.

One more option you may want to consider is an express shuttle bus. It connects the airport with the city centre in only 40 minutes and it costs around 6.000 CFA.

We were heading to the Retba Lake. The Senegalese man in Italy offered the taxi ride from the airport in Dakar to the Retba Lake for 7.000 CFA and from what he said, the driver was his cousin. We accepted because our hotel at the Retba Lake wrote an email saying that their taxi service was 20.000.

Think that our driver first asked us 40.000 CFA and we had to show him the email of our hotel in Retba Lake to make him understand why we were expecting to pay at most the same price.

In any case, once we reached the hotel in Retba Lake, the taxi driver decided to ask us for more money than what we had initially agreed upon. He placed himself in front of our room and acted like he wouldn’t leave. That was crazy! He left after a long time when we finally decided to ignore him completely. We didn’t give him a cent more than the 20.000. The Senegalese lady who managed the hotel had nothing to say. She told us the day after that they prefer to remain outside of these kinds of discussions in order to avoid conflict with the Senegalese. 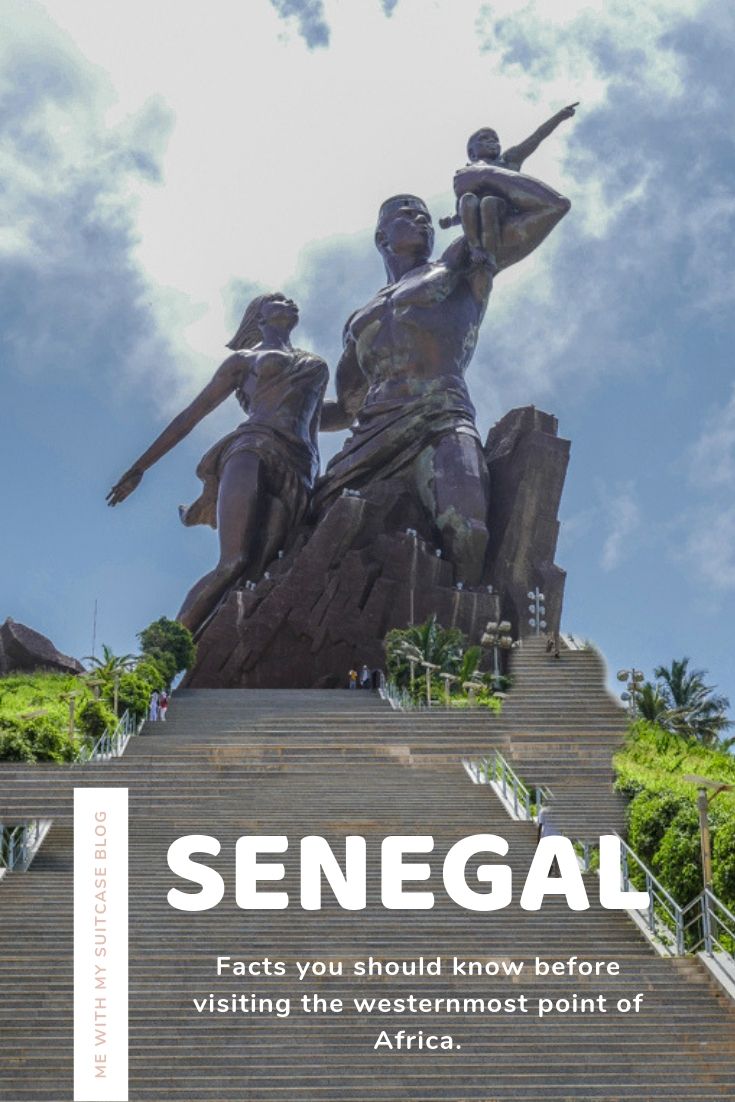 Tourist scams at the Blaise Diagne International Airport in Dakar or generally in every touristy area of Senegal are rampant, but it would be a huge mistake to let these misadventures deter you from visiting this beautiful country. So, be prepared and don’t take things for granted. Then you will see that you will have one of the most beautiful travel experiences ever.

Watch out for these scammers and try to avoid these unpleasant situations so that you can enjoy your trip as you have planned. 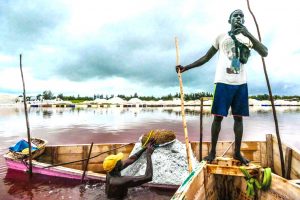 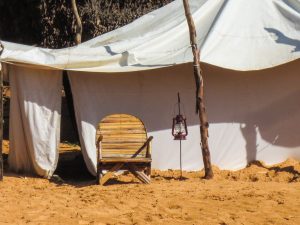