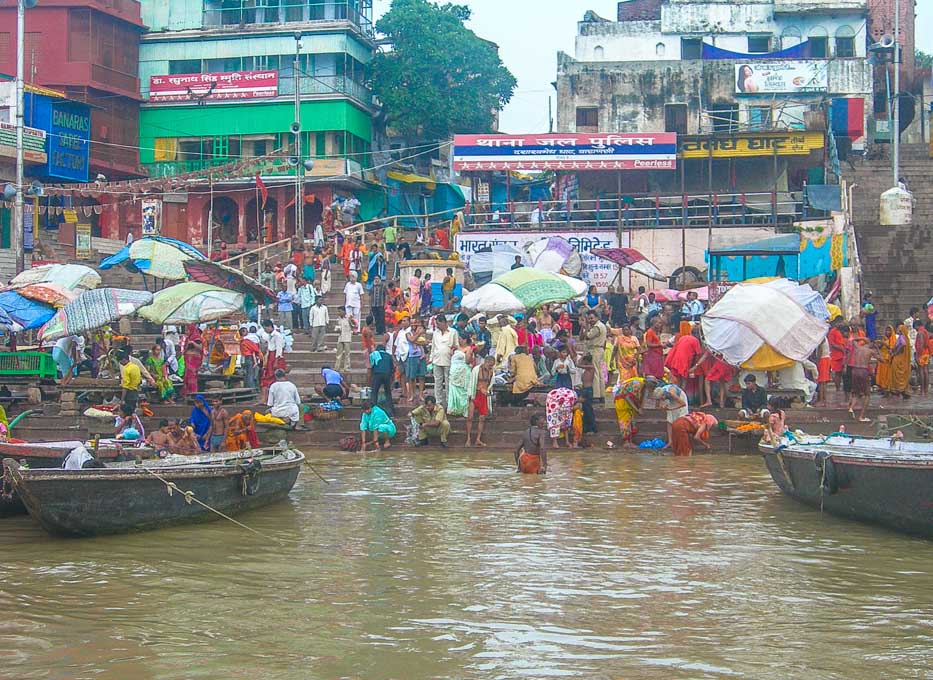 Let me start by saying that visiting Varanasi (also called Banaras or Kasi) is a once in a lifetime experience that everyone should try. But on the other hand, I believe that not everyone is ready to live this experience. For me it is something that goes beyond the normal worldly life. The spirituality here reaches incredible levels which might be impossible to understand even when it is properly explained.

As for me when I visited Varanasi, I was truly shocked to see every single corner of the city, even though I felt lucky for having the opportunity to be there.

My mother’s parents were Hindus (in Sri Lanka, there are 4 main religions: Buddhism, Hinduism, Catholicism, and Islam). In my family they never failed to practice and respect the Hindu tradition so for me Varanasi was not a new concept, but when I found myself there I said to myself: “Seriously, things like this exist in this world?”

Just to give you an idea, Varanasi is a city built along the banks (Ghats) of the Ganges River and it is said to be more than 5000 years old. I don’t know if it’s true, but I like to think so. Hindus believe that rituals performed by the Ganges River multiply in their blessedness and it is also strongly believed that those who die or are cremated around this river reach the heavenly abode with all their sins washed away. For this reason, for centuries and centuries spiritual rites have been practiced 24 hours a day in Varanasi; all concentrated around the Ganges River.

It is continuous prayers and cremations.

It even happens that those who can afford the expense bring the bodies of their loved ones from around India to Varanasi to burn them and those who can’t do this bring the ashes to be scattered in the waters of the Ganges River as an auspicious attempt to lead to the salvation of the departed.

Beside this, along the banks of the Ganges River you can see the Hindu way of life which starts exactly at sunrise. You can see people bathing, doing laundry, fishing, young people having fun, children playing by the riverbanks, and much more!

This is why the Ganges River boat trip at sunrise is one of the main “attractions” in Varanasi.

Varanasi sunrise boat trip on the Ganges: Is it worth it?

All the rituals and celebrations are actually more appreciated from the River Ganges (Ganga) because not only can you get a complete picture of the situation but you also catch the setting. Therefore, you can perceive the complexity a bit more as you walk closer. You will be amazed to see the majesty of the city of Varanasi combined with the rituals. It is something unique and impressive that you will never forget. You also need to realize that you will never get to see such scenery anywhere if not in Varanasi.

To some it may seem mind-blowing but you know what, there are things in this world which are incomprehensible if you don’t have that culture in your blood. So just watch. Varanasi is beyond comprehension if you aren’t a Hindu or if you don’t have a strong Hindu belief in your country.

Varanasi sunrise boat trip on the Ganges: My experience.

I booked a sunrise Ganges boat trip at the hotel where I was staying and I recommend that you do it this way because tourist scams in Varanasi are at every step, so you easily end up paying for a boat trip that you will never get to do.

I woke up at 4.30 am (this is the hardest part of the Ganges Sunrise boat trip in Varanasi), put on my dress quickly, had a quick breakfast, and went down where the guide was waiting. Luckily, my hotel was right on the riverbank so I didn’t have to walk so far at that time in the morning.

The temperature in Varanasi is warm even at 5 in the morning, so there was no need for sweaters or jackets.

The guide spoke English, I mean good enough to make him understood, and while boating down the Ganges River he explained some of the background and beliefs of Hinduism. This is something I already knew but obviously not everything. In any case, it all was very interesting and curious.

Once you start sailing the Ganges river, the first thing that will surprise you is the infinite number of row boats carrying tourists. It is right in that moment that you realize how touristy Varanasi is.

I was truly impressed by the scene. After all, such an experience won’t leave you indifferent and unmoved.

The strangest thing I noticed during my sunrise boat trip on the Ganges River was a floating dead body.

Varanasi sunrise boat trip on the Ganges: Is it safe?

Yes, the boat trip on the Ganges River is safe. As I said first, scams are the norm in Varanasi, more than any other Indian city. From children to seniors, people will try to rip you off. You must ignore everyone and keep walking.

As for me a child around age 7 in Assi Ghat fooled me and sold me some colored powders which I later found out should have cost five times less. I bought it to do him a favor, not because I was interested, so realizing that such a small child was able to soften me with the intent to fool me hurt me a bit.

One more thing you have to keep in mind for your boat trip on the Ganges River is that we don’t have antibodies to the countless microbes present in the River Ganges. Even if Hindus consider the waters of the Ganges to be both pure and purifying, I would advise you to avoid contact with the water.

As it is known worldwide, Hinduism has a caste system. It is really important to them to maintain the separation between the castes. The caste system is illegal under the current Indian law but in India they even kill each other to keep up this policy. Yeap, this happens even now!!!

According to the caste system, there are five main human categories: Brahmins, Kshatriyas, Vaishyas, Shudras and the Dalits. These main castes are further divided into about 3,000 castes and 25,000 sub-castes. And, it is believed that it is created by Brahma, the Hindu God of creation.

The caste system traps people into fixed social orders from which, as I said first, it is still impossible to escape. it is not about being rich or poor or educated or uneducated but it’s about where you come from and there you remain.

I have always known this concept well because of my maternal grandparents. They belonged to a higher caste, and when I was a child they didn’t let me play with the children of the lower castes. All the places we frequented were selected from this point of view. As a child I suffered so much for this but since it has been ingrained within me for many years, now even as a Catholic, it’s quite normal for me to maintain the separation between the castes .

So, returning to our adventure, the banks of the River Ganges in Varanasi are of course divided according to this system meaning that the “lower” ones should stay separate from the “higher” ones.

Varanasi sunrise boat trip on the Ganges: time and cost.

Know that there are many packages for a boat trip on the River Ganges. For example, there are shared row boats which can carry up to six people. A person is charged 300 INR for a trip of 120 minutes which is quite enough to see the entire length of Varanasi and its 88 Ghats. There are also motorboats. They cost 1500 INR per hour-long trip, and they can carry more people. There are sunrise and sunset boat tour packages for 600 INR. You can hire the entire rowboat with the guide and the skipper all for yourself by paying about 1000 INR. There are also private row boats with musicians playing sitar. Those come for 8500 INR.

You can find cheaper packages around Varanasi, but always make sure you understand what this includes before paying. In this case, you can also consider paying after the trip.

In short, choices are many.

The sunrise boat trip in Varanasi ends around 7 am. The skipper will leave at the pickup location. I highly recommend going around the Ghats before getting back to the hotel to have a close up idea of what’s happening.

There is no particular dress code for a visit to the Ghats in Varanasi but remember that it is a holy place. It makes really no sense pretending to go half naked.

I hope I have convinced you to take a sunrise boat trip in Varanasi. Believe me, it is a must.

One more important thing to remember is that your dresses are going to smell bad after the boat trip on the Ganges since the burning bodies emit a strong odour that remains impregnated in clothes.

I personally threw them away, but you can ask at the hotel for a laundry service.

You cannot fully experience Varanasi without gliding through the waters of the Ganga.

Pin it for later ❤️ 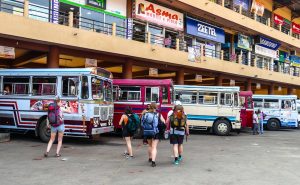 From Bandaranaike international airport to Dambulla 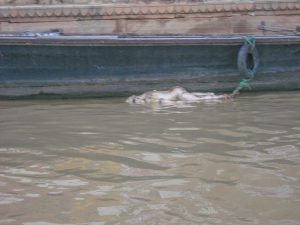