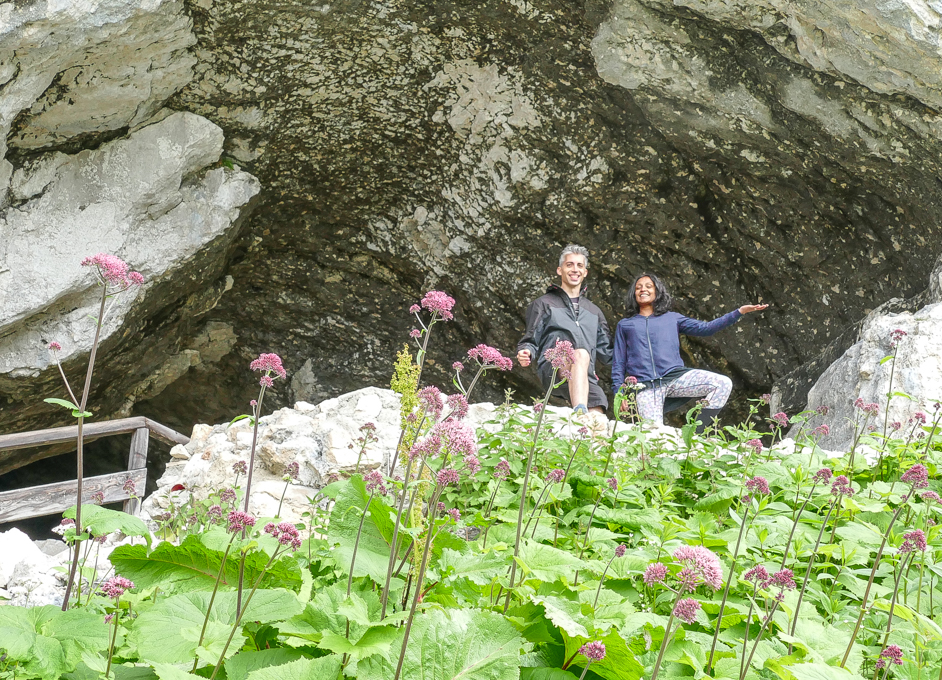 If you have a plan to visit one of Austria’s best caves, you are at the right website! Below you will find all the information you need to visit the Dachstein Giant Ice Cave in Obertraun.

I have seen a couple of caves already, but the Dachstein Giant Ice Cave in Obertraun has a slightly different context from the others that I’ve seen so far.

The Dachstein Ice Cave offers indeed spectacular ice sculptures, and for this very reason it’s different from the other caves that normally have only stone and rock formations.

The Dachstein Giant Ice Cave is located in Obertraun in the Dachstein Mountains, a mountain range in the Austrian Alps. And it’s an ideal day trip for all those visiting the Hallstatt lake area.

How to get from Obertraun to Dachstein Giant Ice Cave?

At the Valley Station in Obertraun there is a huge free parking lot where you can leave your vehicle safely.

Once you reach the Middle Station you have to walk uphill for 20 minutes to reach the entrance of the Dachstein Giant Ice Cave.

The first ride at the Valley Station in Obertraun starts at 8:30 am and the cable car runs continuously every 15 minutes. The cabin of the cable car is very large; it can carry around 25/30 people. The Gondola ride from the Valle station to the Mountain station takes about 7 minutes.

The run of the cable car from Obertraun Valley Station to the middle station costs € 38.60 per person both ways. It includes the entrance and the guided tour to the Dachstein Giant Ice Cave. A small discount is applied for those who have the Salzkammergut card.

At the middle station there is another cave called Mammoth cave. In case you want to visit both the caves, then the cable car ticket costs € 45.20.

When is the best time to visit Giant Ice Cave in Obertraun?

Summer is the best time to explore the Giant Ice Cave since the temperature inside the cave is around 5/6 degrees Celsius. I dare not imagine how cold it could be in winter.

In any case, the cable car is operated daily from May to the end of October, which means that the ice cave is closed to the public during the very cold season.

Where to eat when visiting the Giant Ice Cave in Obertraun.

We had our lunch at the Schönbergailm Restaurant at the Middle Station. They offer a variety of regional meals and the food is very good. Alessandro especially loved his apple strudel and I loved my Sachar cake. The portions of their dishes are very large.

At the Schönbergailm Restaurant located by the Middle Station they only accept cash payments.

Some interesting facts about the Giant Ice Cave in Obertraun.

· A legend tells that a local found the cave in 1897, when he was searching for his lost cattle.

· The cave was first investigated in 1910 when Austrian cave explorers Hanna and Hermann Bock and Georg Lahner managed to go deep inside.

· Guided tours started in 1912 and only in 1928 the cave was outfitted with electric lighting.

· It extends 42 kilometers inside the mountain and it is the world’s largest known ice cave.

· According to pollen analysis, the ice could be around 500 years old.

· The temperature at the Dachstein Ice Cave can go down to -2°C.

· The doors remain open also during the winter in order to help the formation of ice.

Tips for visiting the Giant Ice Cave in Obertraun.

· Good hiking shoes are mandatory. There are many stairs and the floor is wet. It might be slippery.

· Winter or summer, take a sweater or jacket with you. It is very cold in the cave.

· A discount is applied for Salzkammergut card holders.

· Between the Ice Cave and the Mammoth cave, I suggest the first one to you. I visited them both but I could’ve very well skipped the Mammoth cave, because once you visit the Giant Ice Cave the other one becomes irrelevant. Unless you care about having an idea of what the Mammoth cave is, or you want to have the comparison. Rather, I’d suggest that you combine it with the 5 Fingers Viewing Platform at the Mountain Station.

· Always stay close to the guide because as he goes forward the lights behind the group would turn off and you could find yourself in the complete darkness.

· Once you buy the cable car ticket, the front office will assign you a tour time.

· Tours are in German and English and are about an hour long.

· The last valley descendent is around 5 pm.

· In poor weather conditions, the cable cars might not operate.

· The area is a UNESCO World Heritage and World Cultural Heritage site since 1997.

I’m glad to have visited the Dachstein Giant Ice Cave while having my vacation in Obertraun. I have never seen an ice cave before. The sights in the cave are nice and it is fascinating for everyone to see such a hidden world. 42 KM underground? Sounds so unreal, right?

If you are travelling to Austria, then this is definitely a place to go and enjoy the beauty. Especially if you haven’t visited any other caves before. 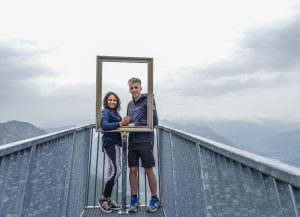 5 Fingers Viewing Platform: All you need to know. 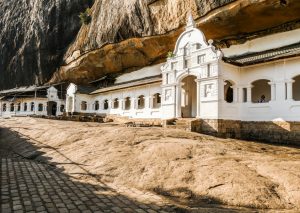