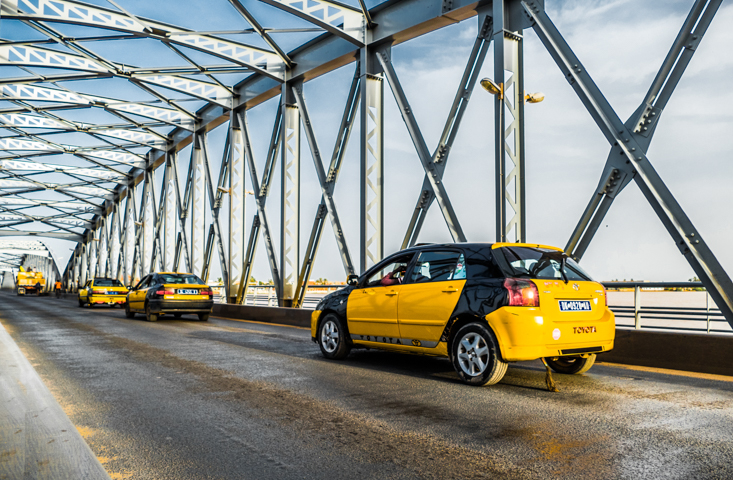 Strolling around Saint Louis with no fixed plans.

We travelled to Saint Louis from Kèbèmer by local bus.

From the gares (bus Station) of Saint Louis we took a taxi (1000 cfa, fixed price) to reach our hotel (HotelLa Residence) which was located in the colonial part of the city. We crossed the famous Faidherbe Bridge and we reached the narrow Island quickly and easily, just 5 or 6 minutes of driving. From my experience, Saint Louis is the dirtiest city I have ever seen!!! From the taxi, I could see garbage everywhere, even though the characteristic colonial architecture gave Saint-Louis its distinctive appearance and identity.

Geographically speaking, Saint-Louis, or Ndar as it is called in Wolof, is a city located 320 km north from the capital Dakar; it is formed by three areas: the internal mainland, the narrow island and the external mainland (Langue De Barbarie). All of these areas are urbanized (if it can be said so) but only the narrow Island has become significantly touristy because it represents the heart of the old colonial city. Most of the hotels and restaurants are here.
Saint Louis, in fact, was the capital of the French colony in Senegal from 1673 until 1902 and French West Africa from 1895 until 1902, when the capital was moved to Dakar. From 1920 to 1957, it also served as the capital of the neighbouring French colony of Mauritania.

Once at the reception, we saw the same Senegalese guide that we met in our hotel in Lompoul the day before. He said his French costumers were staying in our same hotel so he was also sleeping in a room there.


After having a shower, we went out to find a good place to eat. We had identified a restaurant on TripAdvisor that didn’t exist anymore so while trying to find another one we again met up with the same guide who seemed to want to join us for dinner. The three of us walked about 30 minutes with our torch to reach another restaurant recommended on TripAdvisor but that one was also closed. So we finally decided to return back to our hotel for dinner.

The guide kept on talking and I was no longer able to follow him. I was really very tired and hungry and I didn’t want the guide to stay with us anymore. I was just hoping for some good food and a glass of wine before sleeping. As I hoped, the food at our hotel was very tasty and the wine was not too bad which I was pretty pleased about. I could sleep peacefully.


The next day we wandered Saint Louis with no fixed plans. We had our lunch at the Senegalese restaurant called Fleuve Plus, it was just in front of our hotel. (rice with shrimp sauce/rice with fish skewer). That was not actually my kind of restaurant. I am pretty picky, while Alessandro adapts more easily.

We did not do any special excursions offered by various travel agencies organized by the Europeans who live in Saint Louis. So what we did was walking around the city visiting schools, churches, mosques, some workshops, tailor’s shops (Saint Louis is specialized in tailorings and you need a day to visit the tailor’s area), souvenirs shops, etc. That was the best thing we could ever do.

The third part of the city, which lies on the external mainland deserves a visit. In fact from the narrow island when we suddenly reached this area, we were surprised to see how life over there was completely different. This area was occupied by the fishing communities. Plenty of people, an exponential number of children and animals on the road, domesticated pelicans, boys playing football on the beach and other doing nothing on the streets caught our eyes. They are in so many living in the same house that they have to shift their hours at home, they even have a sleeping schedule since the people who occupied the same house ware numerous.

There was more poverty here than in the narrow Island and there were no tourists at all. People asked us to buy some milk, rice or any other food items. We bought some but obviously, you can’t buy for everyone. We took many, many photos with the people which we developed and gave them the day after.

Such an impressive setting you can’t miss. Moreover, if you like photography, this is the right place for you, also because unlike all other cities in Senegal, here at the external mainland they are so happy that pictures are taken of them. This won’t be the same in the future probably so, don’t miss the chance.

We had dinner at La Terrasse Restaurant. They have western food, pizza, and alcoholic beverages. It is slightly expensive compared to the other restaurants in Saint Louis that offer Senegalese food but when you’ve only eaten rice for days, it’s nice to enjoy something familiar.

We spent our second night in Saint Louis, in the same hotel and the day after we moved to Bandia by public transport. When it comes to Saint Louis, I have to say that this town gave me something more compared to other cities in Senegal. Being a very touristic spot meant, on the other side, free to go everywhere and this, allowed us to connect more with the people, therefore with the culture. 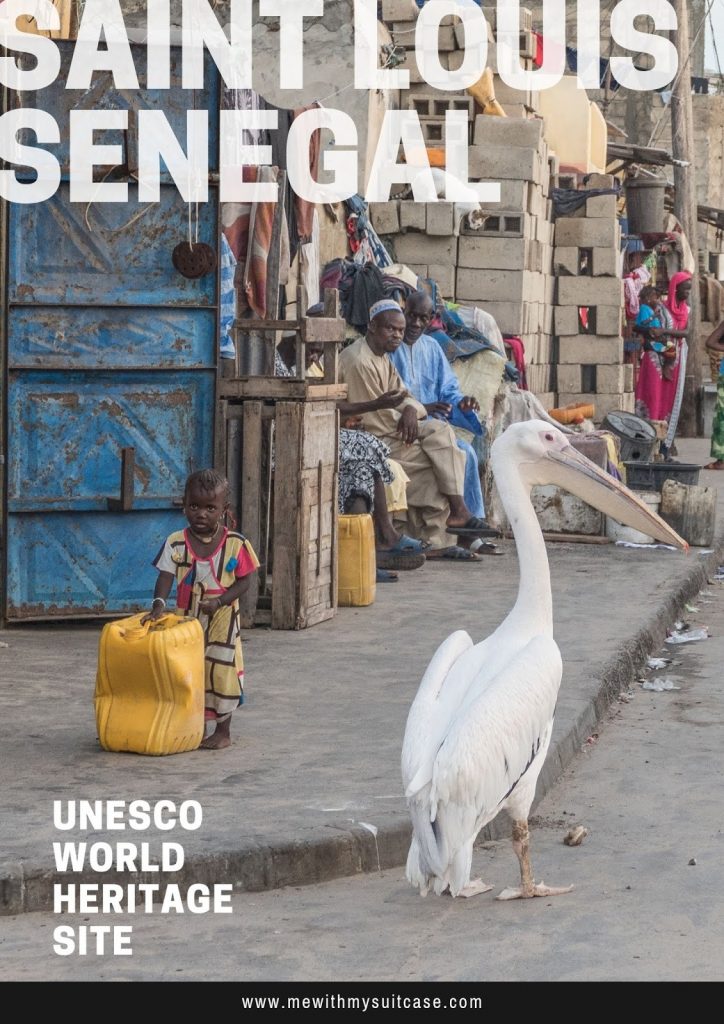 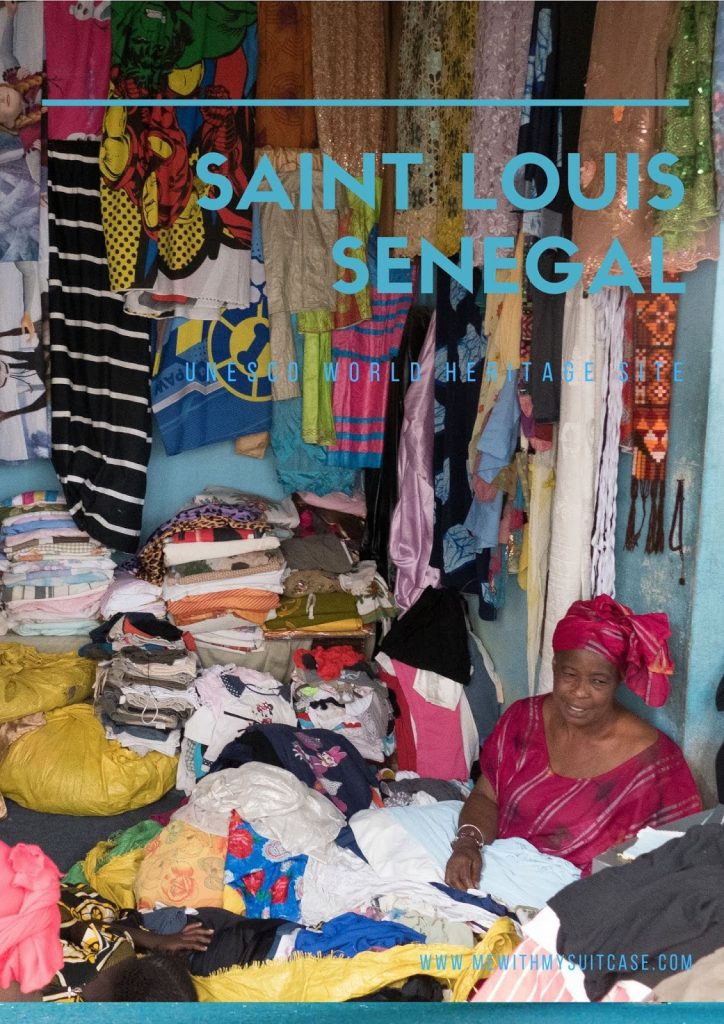 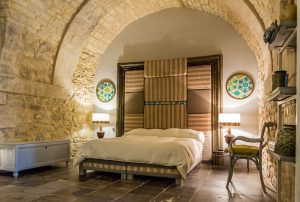 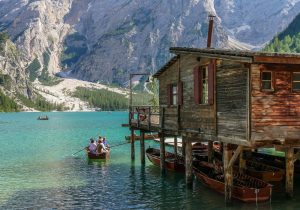