The Abandoned Leper Sanatorium of Abades 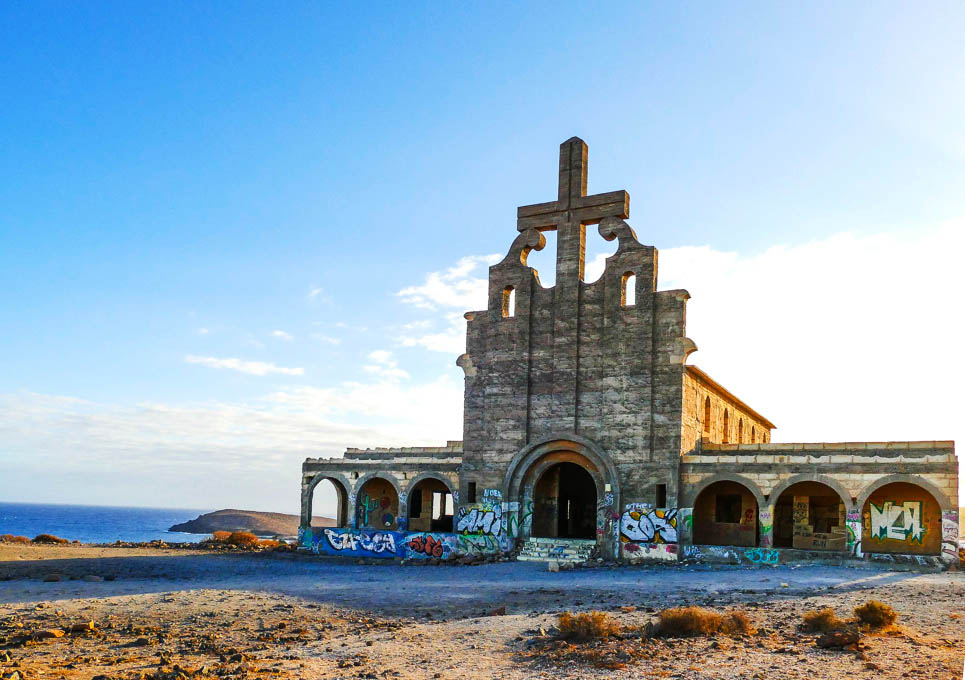 The fact that Tenerife has a lot to offer for every pocket and every taste is already widely known. And in fact, I had a lot of fun in Tenerife. I stayed 2 weeks in Tenerife, and I did something different every day, but you know what really impressed me so much? “El Sanatorio De Abades,”or rather Sanatorium of Abades.

The Abades Sanatorium is one of the most interesting abandoned places in Tenerife that everybody should visit even if you don’t have a passion for these kind of places.

What is El Sanatorio De Abades

The “Sanatorium of Abades,” also known as “Leprosería de Arico,” was a place built to isolate those affected by leprosy. It is located near the village of Abades, in Tenerife.

Since at that time leprosy was considered infectious and contagious, isolating those suffering from this disease was seen as essential and that’s how the Leper Sanatorium of Abades was conceived.

Why a leprosy station in Tenerife was built

In 1900 leprosy was endemic on the island of Tenerife and from what I read on the report on leprosy in Tenerife Island written on April 5th, 1901 by the counsel of the United States in Tenerife, those suffering from leprosy were housed in separate colonies.

It looks like the first leprosy station was in the north. Most of the local affected people lived in a large building two miles outside of the town of Santa Cruz. They had total liberty to wander about with the only restriction that they must sleep at the houses built for them. The bodies were then thrown in the sea outside Santa Cruz.

In 1943 a whole leprosy village was built on the hill above Abades in order to keep the patients as far away as possible: the abandoned Leper Sanatorium of Abades.

A bit of History about the Abandoned Leper Sanatorium of Abades

Work on the abandoned Leper Sanatorium of Abades started in 1943, a time during which leprosy was running rampant on the Canary Islands. By that time leprosy was considered one of the most dangerous diseases caused by parasites, but its essential cause was still unknown.

Spanish architect José Enrique Marrero Regalado was tasked to design the project of the sanatorium within the parameters of the Francoism style of architecture mixed with the neo- Canarian style look. The initial plan included several separate sections. The leprosy colony consisted of 40 buildings; it had a crematorium, canteens, services such as hospital, church, schools, recreational spaces, and accommodation blocks.

However, in 1945, before the leprosy town was completed, an effective leprosy treatment was discovered, and the isolation of the patients was no longer needed. So, it ended up that they didn’t use this place for the reason why it should have existed. To be clear, the Leper Sanatorium of Abades never hosted a single patient. The construction work was completely abandoned, and the initial project was never finished.

In the 1960s, the abandoned Leper Sanatorium of Abades was used as a military camp. The military were housed in the finished part, and we can still see the remains of circuit wire surrounding the premises.

In 2002 the whole location was sold to an Italian businessman. He had a plan to develop it into a holiday resort, but the development didn’t go ahead. The 2003 law of moratorium subsequently froze each project on this land and the area remained abandoned.

What is the Abandoned Leper Sanatorium of Abades today

The abandoned Leper Sanatorium of Abades, a place meant to treat patients suffering from leprosy, is today nothing more than a huge complex of 40 unfinished abandoned buildings covering about 12.000 Square meters, on a hill overlooking both the town of Abades and the Atlantic Ocean. Beside the outstanding landscape that you find all around, I also find the story of this place to be very touching.

In addition, I love photography, so I adore places like these. Walking among these buildings, now full of graffiti, surrounded by the beautiful nature took me a lot of time. I’ll tell you even more, if I had the chance I would have stayed even more. Something tells me that I will return here!!!

Read Also: Shortest way to the Lunar Landscape in Tenerife. – Me With My Suitcase 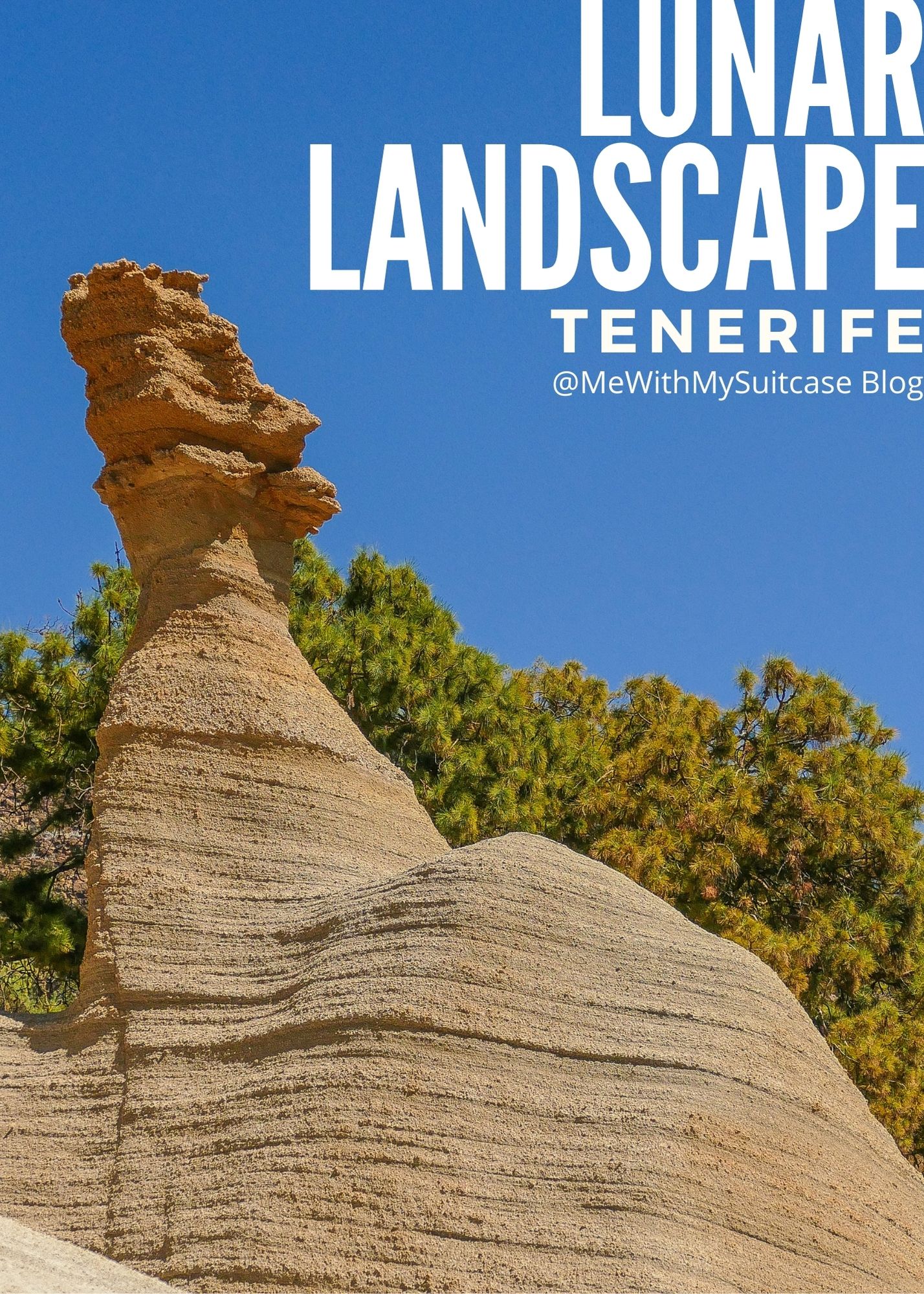 How to reach the Abandoned Leper Sanatorium of Abades by car

Sanatorium of Abades can be reached easily by TF-1 Highway (Autopista del Sur). Exit 42 (TF-629) will take visitors to New Abades Town and from there park your car and go straight up the hill toward the abandoned Leper Sanatorium of Abades. The footpath is quite visible, so you won’t get lost.

You can also reach the sanatorium from Punta De Abona Lighthouse (Faro de Punta Abona). In this case Exit 39 of Autopista del Sur will take you to the Poris De Abona (Arico).

Know that there is a brief unpaved road to reach the lighthouse, but it is well worth it. You can enjoy beautiful views of the lighthouse overlooking the cliffs into the sea.

Something about the new town of Abades

Also, the new town of Abades, which stands at the base of the abandoned sanatorium of Abona on Arico’s coast has its own why. Here the houses are all white and they are all identical with the same housing scheme. This combined with the windmills which are on its surrounding hills makes the scenery a bit anguished. I mean, it is quite disturbing, honestly. It reminded me of the movie called Vivarium. Have you seen that movie?

It is not touristy because there are no shops or restaurants here, but it remains a great place to park your car before heading toward the abandoned Leper Sanatorium of Abades.

Now, if you are inclined to visit these kinds of places, know that there are many rooms and corridors to explore here, so allow a good day for this visit. But if you just want to get a fast look, then just a morning or an afternoon is probably enough to complete the stroll. In this case after the visit to the abandoned Leper Sanatorium of Abades, you can consider relaxing at the quiet beach next to the complex. 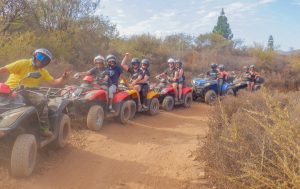 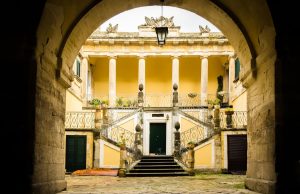